The couple was out at dinner when the burglary happened. Now, the burglar has Sarasota residents paying attention.

"It sounds like professional criminals," said Michael Venafro, a Sarasota resident. "They really did their planning, and it was quite a heist."

Once inside, the Sarasota Police Department said the criminals pried open a large safe and stole passports, vehicle titles and $200,000 worth of handbags and jewelry.

Police said the burglars did not know the couple, but appear to have targeted them. They used another car to keep track of them at dinner and walkie talkies to communicate.

Police said a license plate number on the burglar's vehicle led them to a rental car agency out of Ft. Lauderdale. They tracked their movements using red light cameras and the car's GPS.

Investigators were able to track them to Orange County. After a search warrant was issued, investigators found a number of stolen items, including jewelry, purses and large amounts of cash.

They also found the walkie talkies used and clothes that were worn during the break in.

"That's why it’s so impressive that police were able to track them down," said Venafro. 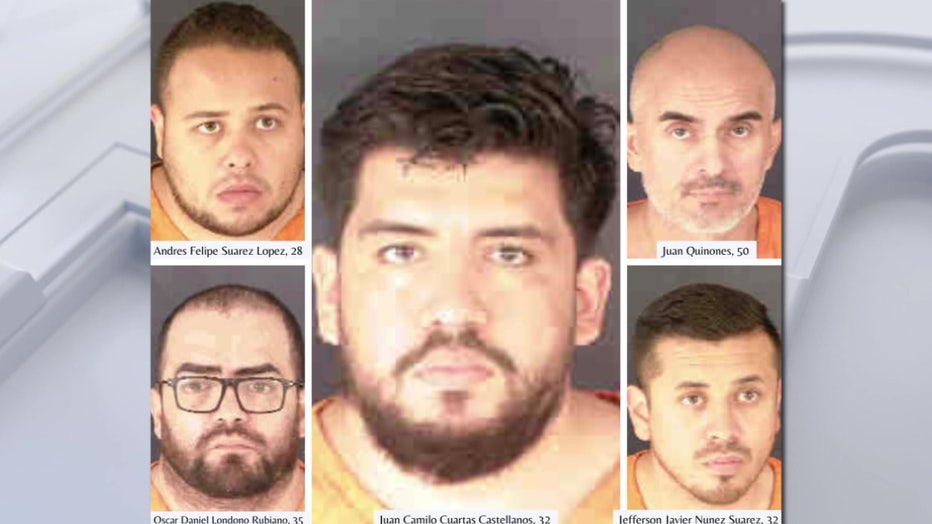 Sarasota police are continuing to investigate.

If you have additional information contact Detective Steven Fergus at 941-263-6059 or leave an anonymous tip with Crime Stoppers by calling 941-366-TIPS or online at www.sarasotacrimestoppers.com.