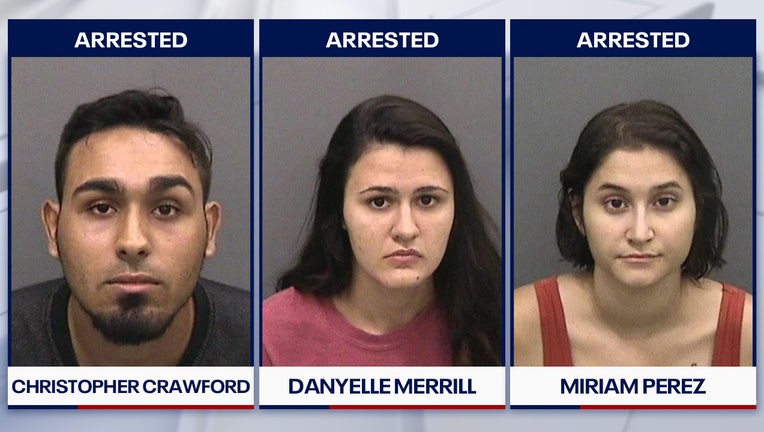 Just after midnight on Wednesday, officers spotted the vehicles, saying, at one point, the drivers were traveling 90 mph in a 45-mph zone. All three were heading southbound when a traffic stop was done at the West Spruce Street intersection.