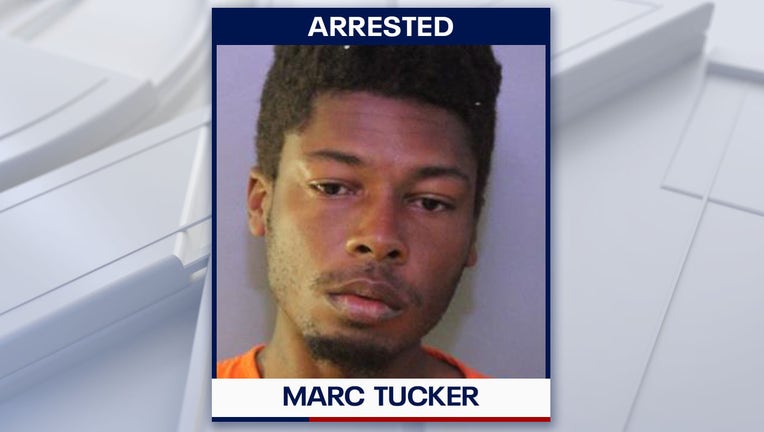 WINTER HAVEN, Fla. - A Winter Haven man is accused of attacking two police officers after investigators said he attempted to take one of their guns and threatened to kill them.

Winter Haven police responded to a disturbance call just before 12 p.m. Saturday at a home on 4th Street SE.

When the officer arrived, he found 27-year-old Marc Tucker arguing with his mother. Tucker claimed his mother was kicking him out of the home, and said he was not going to leave. However, Tucker's mother said he did not live there and had not for at least a year.

That's when a second Winter Haven police officer responded to the home and attempted to arrest Tucker. As they tried to put him in handcuffs, police said Tucker began to pull away and punched one of the officers in the face. Then while the officer fell to the ground, he punched the officer a second time in the back of the neck.

Police said Tucker then struck the second officer in the face while they were on the ground and grabbed the officer's radio from its holder on the duty belt. He then began to grab the officer's firearm while yelling, "I'm going to kill you!" The officer was able to pull Tucker's arm away and deployed his Taser to subdue Tucker.