AUBURNDALE, Fla. - It is going to take a massive effort to help Kentucky and the other areas devastated by the recent tornados.

Auburndale-based Christian Disaster Response is doing its part, like it has done for decades all over the world. It has worked in dozens of countries overseas after hurricanes, tornados and tsunamis, as well as in the U.S. to clean up the ravages of hurricanes like Andrew, Katrina and Hugo.

Even with a lifetime of relief under his belt, its executive director, Dr. Ron Patterson, is floored by the recent destruction.

"This is one of the worst domestic disasters I have seen," he told FOX 13.

Patterson says the scope of the destruction makes it so shocking. The swath of destruction runs more than 200 miles.

Unlike in most other rescue efforts where Christian Disaster Response sends rescue supply kits immediately, this time, the group is taking a different approach: It is asking for donations to buy debit cards for the victims.

CDR is going to specifically buy Walmart cards because the store does not charge a service fee. 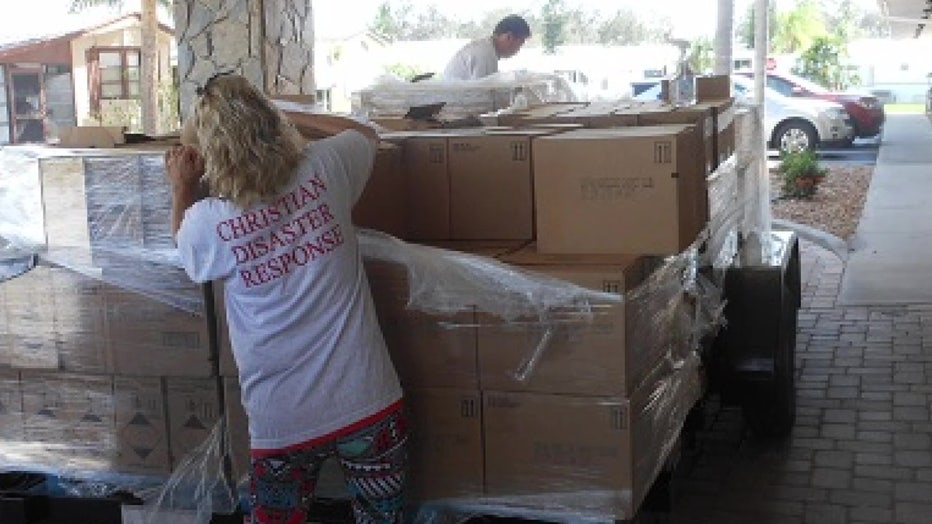 The plan is to give each person in a family one card. So, a family of four would get $400 in value.

After the cards are distributed, CDR plans to send a team of trained volunteers to the area, sometime after Christmas.

Patterson’s needs list includes certain kinds of food, sanitary and sanitation supplies. He is also looking for two used RVs to be bases of operation.

LINK: For more information on how you can help, visit www.cdresponse.org