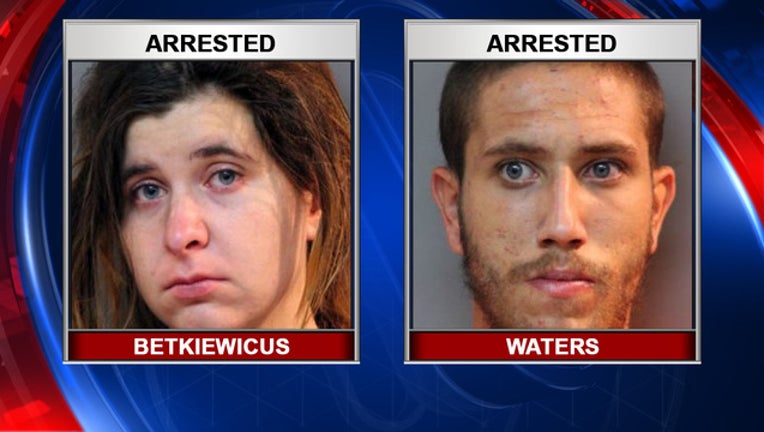 Megan Butkiewicus, 26, and Mark Waters, 22, are being charged with aggravated manslaughter of a child and child neglect. Saturday, a judge set bond for each of them at $115,000.

Deputies were called to the family's home on North St. in Frostproof when the baby was found unresponsive on August 9.

The baby was rushed to the hospital where she was later pronounced dead. There were no obvious signs of trauma, but an autopsy showed the baby was malnourished and weighed less than she did when she was born on June 15. She also had severe diaper rash.

Investigators said the family had been living in squalor, had very little furniture, and there were insects in the home. Another child who lived in the home also suffered from neglect, deputies said.

The baby's grandmother, Joyce Waters, 51, told deputies she had been concerned about the baby's weight, but the Department of Children and Families said she never contacted the office about the baby's health. Waters, who also lived in the home, was arrested and charged with failure to report child neglect.

The arrests several months after the baby's death was the result of an extremely thorough investigation, deputies said.