LAKELAND, Fla. - When you think of a pit bull, what comes to mind? A dog that is aggressive, untrustworthy, and potentially dangerous?

Angie Lorio and Shannon Medina want to change that reputation, so they founded the Polk County Bully Project.

"They’re true companions, lapdogs, big lapdogs," Medina said, as one sprawled across her lap begging to be pet. "They just want to be with their human and please them."

Since the project was founded three years ago, 1,200 pit bulls and other so-called bully breeds have been adopted to forever homes.

"The joy of seeing a dog in a home and know love is immeasurable for me," Lorio told FOX 13. 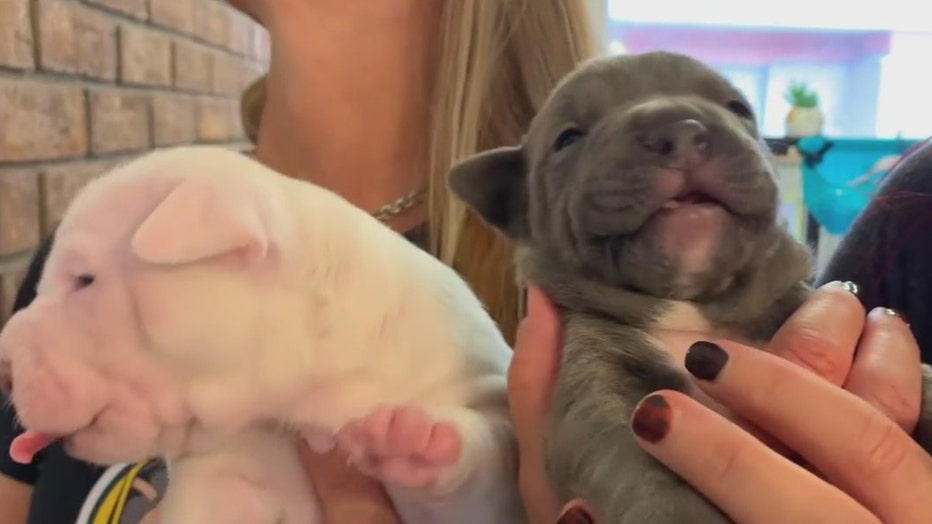 The project gets the dogs from Polk County Animal Control, which does not put pit bulls up for adoption.

"We don’t have the time or resources to do temperament checks on them, and properly train those people who are adopting them," said Scott Wilder, a spokesman for the Polk County Sheriff’s Office, which runs animal control.

That’s where Lorio, Medina, a staff of 10, and dozens of volunteers come in.

After the dogs are removed from animal control, they are checked by a vet, spayed or neutered and microchipped.

They are also evaluated behaviorally.

"If we are going to put that dog in a home with a child, we are going to make sure we can put our fingers in that dogs’ ears, down its mouth, poke it in the eye, do whatever," said Lorio.

Lorio says most of the dogs they take in can be adopted.

"I believe you have to find the right person for that dog," she commented.

To find out more about pit bull adoption, visit https://www.polkcountybullyproject.org/