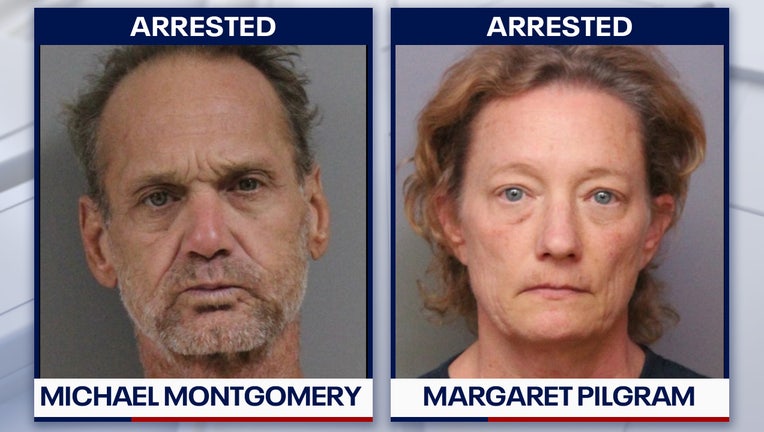 LAKE WALES, Fla. - Two suspects, who were a couple at the time of the crime, were arrested after taking $3,454 worth of student loans from Warner University, detectives said.

According to their arrest affidavits, both were dating before and during the time Montgomery was in state prison from 2017 to January 2019.

During Montgomery's time in prison, Pilgram said she was having financial issues, and enrolled Montgomery as a Warner University student during the summer 2018 and spring 2019 terms, officials said. She also completed a student loan application on his behalf, they added.

Detectives said Pilgram communicated with the university through the student email account created in Montgomery's name.

However, there was one instance when she attempted to communicate with the school through her personal email account.

"During recorded phone calls from prison, the couple discussed the fraudulent activity, including the classwork being completed by 'Mr. M,' correspondence sent to the school, the creation of the Bluebird account, and the check deposit," according to the Polk County Sheriff's Office.

The chief financial officer of Warner University told detectives the school had to repay the $3,454 back to the loan company, officials said.

Pilgram was arrested Tuesday at her home. Meanwhile, Montgomery was already in Polk County Jail since August 2019 for failing to register as a sex offender and violation of parole after he was released from state prison in January 2019.

Both face charges of grand theft and obtaining property by fraud. In addition, Montgomery was charged with giving false information during the investigation.

Officials said between August 2011 and November 2016, Pilgram was employed by Warner University.

"Warner University does a great job helping people access higher education opportunities," said Polk County Sheriff Grady Judd. "The fact that a former employee with insider knowledge took advantage of the system to steal money is awful. We appreciate the cooperation of Warner's staff with this student loan fraud investigation - we are going to hold these two accountable."

Montgomery is listed as a registered sex offender from a 1994 sexual battery conviction, and has an extensive criminal history that includes 31 felonies, 17 misdemeanors, and 8 trips to state prison, the sheriff's office explained.