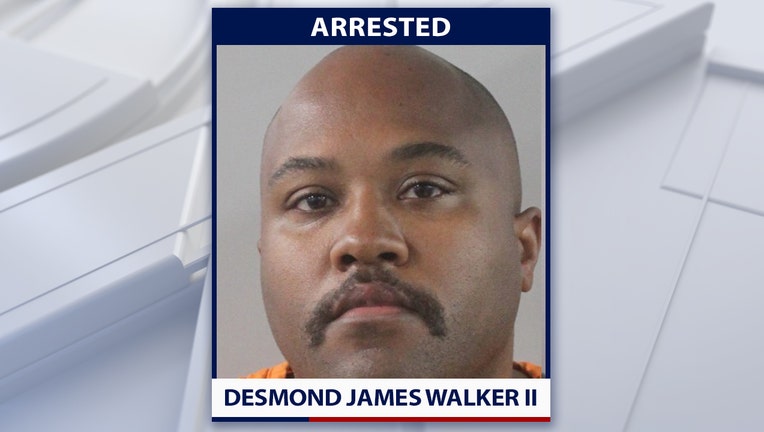 HAINES CITY, Fla. - Deputies arrested a Polk County firefighter on fraud charges after they say he electronically deposited his payroll check into his bank account, then tried to cash the check at an Amscot store.

According to the Polk County Sheriff’s Office, 34-year-old Desmond James Walker II of Haines City is employed as a firefighter for the county. Investigators said he accessed his online employee payroll information to change his direct deposit banking institution.

According to agency policy, when an employee makes this type of change, their next paycheck is a physical check because it allows the payroll department to intervene, without a financial hit to the employee, in case the change was not made or approved by the employee.

Deputies say after making changes to his direct deposit information, Walker received his next paycheck of $2,772.06 on November 19, 2021, as a physical check. The same day, Walker deposited the paycheck into his bank account as an online mobile deposit.

A day later, deputies say Walker took the physical check, which had already been electronically deposited into his bank account, to Amscot Financial Services in Haines City where he cashed the check, receiving cash minus the check-cashing fee.

According to PCSO, Amscot tried to deposit Walker’s paycheck twice, but each time it was unsuccessful because the money had already been deposited into Walker’s bank account. Amscot then sent a letter to the Board of County Commissioner's office stating it had sustained a monetary loss as a result of this incident.

Detectives were given a photocopy of the check from Amscot that includes a thumbprint of the person who cashed the check. The thumbprint was confirmed as belonging to Walker, according to PCSO.

Detectives say Walker admitted that he spent both the deposited money in his bank account and the cash he received from Amscot for bills and vacation expenses. He also admitted to discovering a missed call from Amscot on his cell phone but did not return the call. He admitted to deputies that he did not contact his bank, Amscot, the county payroll office, or his supervision about the double payment.

"Those who work in public service are held to a higher ethical standard. Walker will be held accountable for his actions," said Polk County Sheriff Grady Judd.

Walker was arrested for scheming to defraud a financial institution, grand theft, fraud, and cashing a worthless check with intent to defraud. He was taken to the Polk County Jail on an $8,000 bond.