The National Weather Service confirmed that an EF-2 Tornado with 120-mph winds hit near Kathleen on Friday, tearing up roofs and leaving debris trails along county roads.

Officials worked to re-open several roads on Saturday, and on Sunday they turned their attention to residential cleanup jobs.

"We have our inmates coming," explained Scott Wilder, director of communications with the Polk County Sheriff's Office. "We've got two big crews that are going to come out."

The groups showed up a little after 9 a.m., and got right to work walking up and down residential roads looking for families to help.

"We're just going to go through these neighborhoods help out these neighbors try to get that debris out of their way," Wilder added. 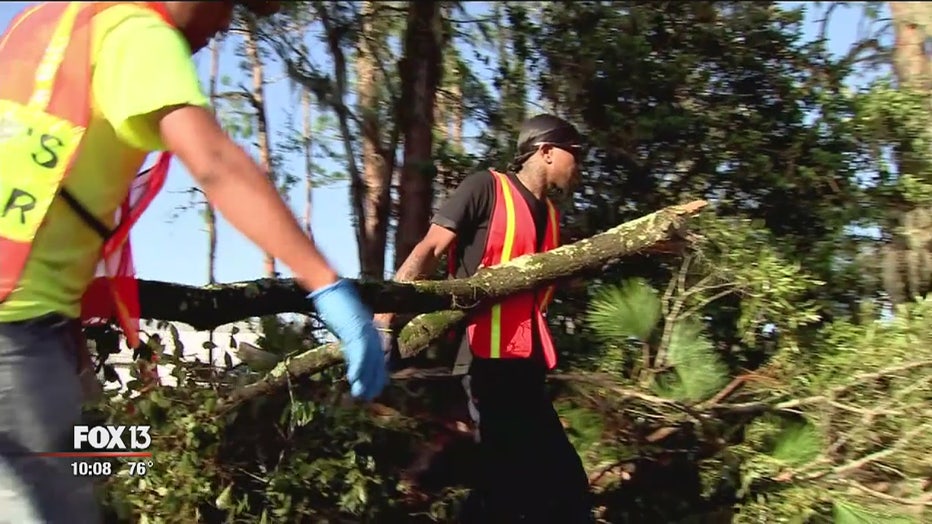 Christi Boyer was inside her home when the tornado hit.

"To think that all of this happened in such a short time," Boyer said as she looked over her debris covered yard.

The Boyers were out Sunday fixing their damaged well, and dragging large pieces of debris out off their property.

The job could have taken all day, but with help from the inmates, it only took a few minutes to get the trash hauled and sorted by the side of the road.

"We do have relatives that we could go stay with if we wanted, but there's a lot to do here and I want to be here," Boyer explained.