LAKELAND, Fla. (FOX 13) - With a week until school starts, school systems around the Tampa Bay area are showing off improvements to school safety systems made over the summer.

Students at Polk County Public Schools go back Monday, Aug. 12 and students will be greeted on school buses by new radio and panic button systems.

“The 800 Megahertz system is a proven system,” said Polk Assistant Superintendent Rob Davis. “Law enforcement uses it. EMS uses it. It covers the entire county and then some. So it is going to be a safer communications system.’

The $6 million system also uses GPS to pinpoint the exact location of every bus.

Polk County decided to buy it after the death of a 14-year-old girl with special needs who began having breathing problems on a school bus last year.

A surveillance video documented what happened. It took six minutes for the bus assistant to notice anything was wrong with Terissa Gautney, who was in a wheelchair. When she did, it appears she did not know how to help.

“I don’t know what’s wrong with her,” the woman can be heard saying.

A little later, she says, “She is gasping for air!”

Frazzled, the assistant then asks the girl, “Are you OK? Are you OK? I don’t even want to touch her head. I don’t know.”

When the driver eventually calls 911, nearly 20 minutes had gone by since the episode began.

Emergency workers took the girl to the hospital, but she died a few days later.

From now on, Polk County school bus drivers and their assistants will be better trained in CPR. Davis says the school system is doubling the CPR instruction that they have to complete. 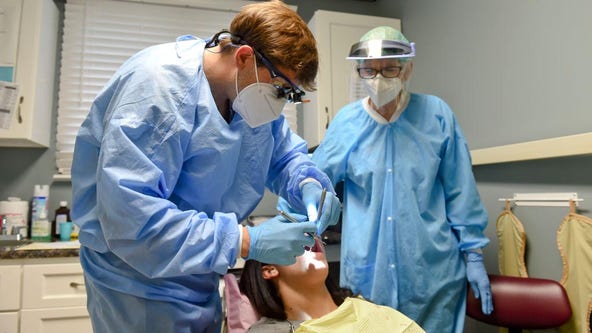