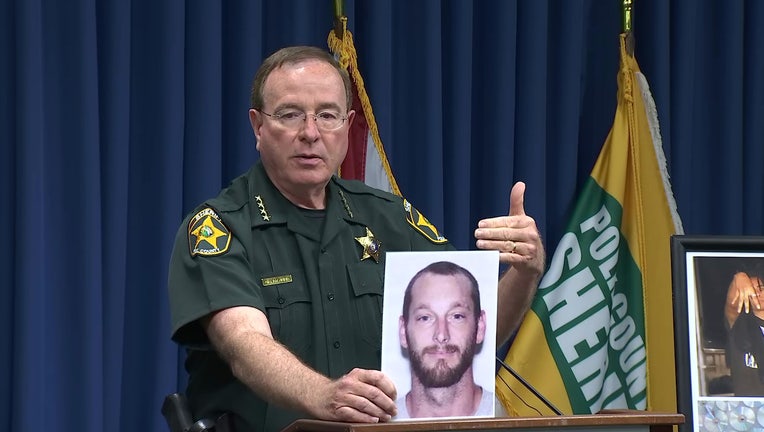 Sheriff Grady Judd details the events of the shooting.

MULBERRY, Fla. - A Polk County man is charged with attempted murder after a shootout with deputies.

Investigators say it started Sunday evening when Bill Hogeland held a shotgun to his own head on Facebook Live and threatened to kill himself. When his wife and friends saw him on the live feed, they called the Polk Sheriff’s Office, who found Hogeland in his car under an overpass on Nichols Road, just outside Mulberry.

At first, it seemed that things were going to end peacefully. Hogeland put his hands above his head. But then, deputies say, he pulled out a gun and fired, hitting one of them in the arm.

Four deputies fired back, hitting Hogeland. He was taken to the hospital with bullet fragments and glass embedded in his body.

The suspect involved in a deputy-involved shooting in Mulberry was hospitalized, according to the sheriff's office, and one of the deputies had a minor injury to his arm.

Hogeland’s wife told investigators that he had been drinking all day and that he had a history of mental issues. He had been taken into protective custody twice recently.

He now faces five counts of attempted first-degree murder for shooting at the deputies.

The injured deputy is expected to recover.