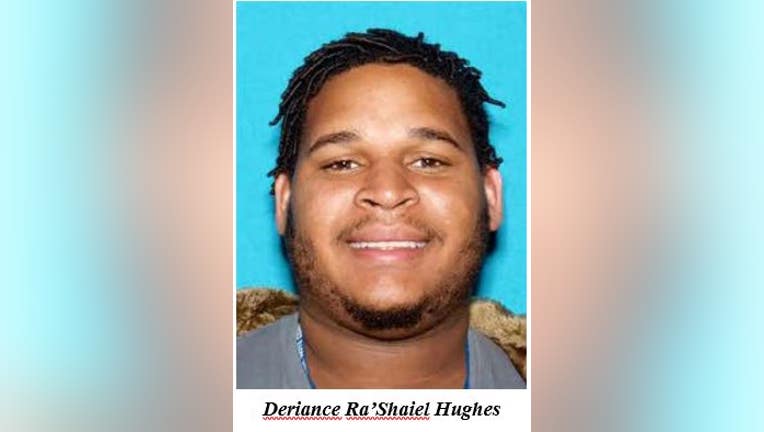 COLUMBIA, Tenn. - A Popeyes worker recorded throwing a woman onto the pavement outside a restaurant in Tennessee has been charged with felony aggravated assault.  29-year-old Deriance Ra'Shaiel Hughes was arrested Friday.

The victim's attorney, Rocky McElhaney, says the 55-year-old woman remains hospitalized with a shattered elbow, six broken ribs and a broken leg. He declined to publicly identify her until authorities do so.

Video shows people wearing Popeyes uniforms racing after her as the woman leaves the restaurant in Columbia last week. One person punches her, and then Hughes is seen grabbing her from behind, raising her into the air and throwing her onto the parking lot. Another uniformed person is seen cheering.

(Warning:  Graphic language and violence in video below)

McElhaney said his client just wanted a refund after being double-billed for her meal of chicken tenders, corn and apple pies.

She called the manager, who told her to come back to the restaurant with documentation in order to get a refund, McElhaney said.

"When she got there she was treated with hostility and anger from the manager," McElhaney said. "There were words back and forth."

A separate video circulating on social media shows a heated exchange between the woman and an employee behind the counter. Another man can be heard telling the woman, who is white, "You are in the wrong place saying the n-word."

McElhaney said the woman denies using a racial slur, but said "my client was called an ugly broke-down cracker."

Neither video posted online appears to have captured any racial slurs.

"If she said something she should not have said in retaliation and the heat of the moment, we do not condone that and she regrets that, but it does not give someone the right to break somebody's body almost in half," McElhaney said.