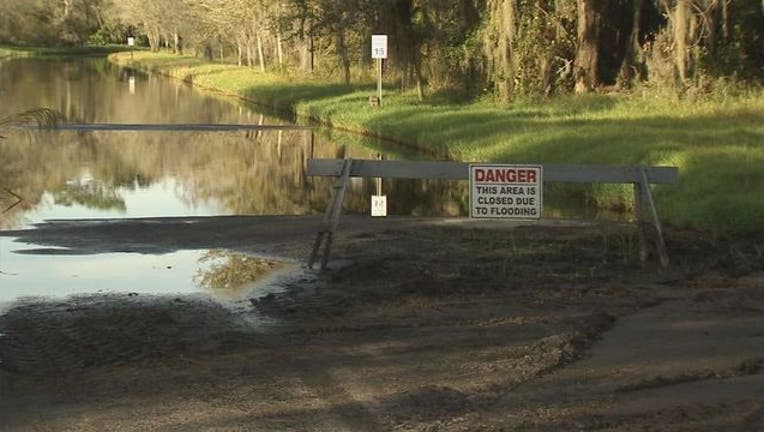 LUTZ (FOX 13) - A Bay Area arts and craft show that generates thousands of dollars for local organizations has been canceled because of a possible sinkhole.

The Lutz Arts and Craft Show booked more than 330 exhibitors for this year's event, but the organizers- The GFWC Lutz Land O'Lakes Women's Club- were forced to suspend the event because of a six-foot-deep depression that opened on the roadway at Lake Park in Hillsborough County.

The depression is located on the road on the south side of the park, one of the many areas that flooded often during this past summer’s rains.

The arts and craft show is in its 36th year and draws about 30,000 people. Not only will the guests miss out this year, but the cancellation also comes as a big financial hit for the women's club, its vendors and the park- which usually charges a $2 entry fee.

It will also impact would-be scholarship recipients. Last year alone, the women's club donated $16,000 of the $40,000 they raised to scholarship programs.

Hillsborough County has hired a private geological company to see if the depression is a sinkhole. The results of the ground testing should back in a couple of days.