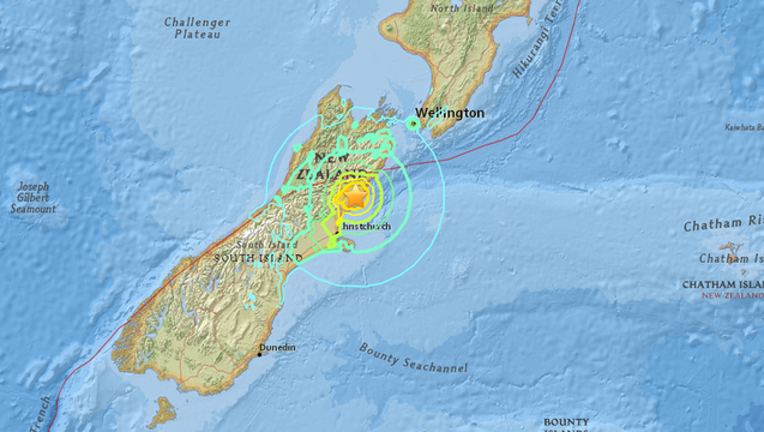 The department of civil defense warned people all along the country's east coast to move to higher ground.

The magnitude-7.8 quake struck just after midnight Sunday near the city of Christchurch. It was at a relatively shallow depth of 10 kilometers (6 miles).

Some minor damage was reported in the capital, Wellington, over 200 kilometers (120 miles) away. There were no immediate reports of major damage or injuries in Christchurch.