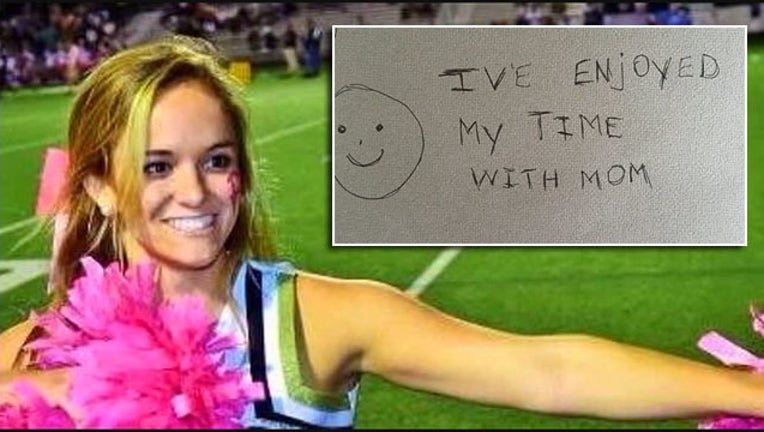 Miraculous progress is being made for a south Tampa teen who’s still in recovery after a devastating car accident last fall.

Jackie Faircloth was visiting her brother for a football game at Florida State University in November of 2014 when it happened: She was struck by driver behind the wheel of a truck, who then fled the scene.

The news rocked the south Tampa community, as Jackie was a Plant High School senior at the time, and was set to graduate in the Spring.

She’s been in the hospital since, with family by her side, and an entire community rooting for her here at home.

The ‘Pray for Jackie’ Facebook page has over 7,500 members who look forward to updates from family on her recovery.

And Wednesday, news of a big breakthrough topped the page.

According to a recent post from Jackie's mother Kathy, Jackie has been upgraded and given another six weeks to stay in rehab.

She isn't speaking yet, but they say she can shake her head "yes" and "no" to answer questions.

She recently responded correctly when asked what city she was in, the name of the hospital and what year it is. She also knows what happened to her, and what type of injury she has.

Jackie says everything by nodding “yes” and “no” to letters placed in front of her, so people can spell out messages from her.

One time she spelled out that she was tired, and wanted to watch a movie- specifically, "Finding Nemo."

But in a different message, she left the room misty-eyed.

"I've enjoyed my time with mom," she spelled out.

Now, doctors and specialists are working on getting her voice back, but the family has expressed gratitude for the progress she’s made so far.