A mother manatee and her calf were released into Sarasota Bay.

SARASOTA, Fla. - A manatee that was rescued on Mother’s Day weekend was recently released into Sarasota Bay with her newborn calf.

The manatee had been hit by a boat in Siesta Key and was rescued by FWC’s marine mammal rescue team, Mote Marine Aquarium, and the Sarasota County Sheriff's Office.

She had air in her chest from a fractured rib and punctured lung and was taken to Sea World Orlando to be rehabilitated, where they discovered she was pregnant. 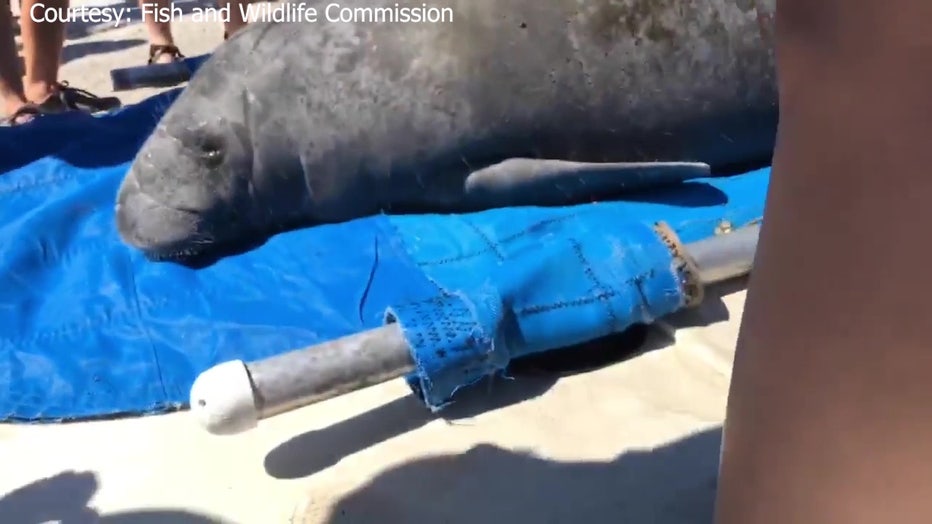 The manatee gave birth to a male calf in captivity while she healed.

Before being released, a biologist took photos to document her scar patterns because boat strikes are a common threat to manatees.

Approximately a month later, the mother and calf were released into Sarasota Bay side by side on June 18.