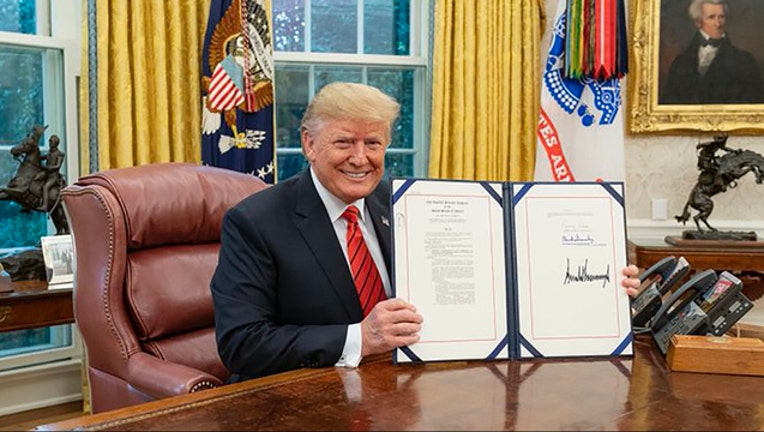 WASHINGTON (FOX 13) - President Trump has signed a bill that allocates $1.8 billion in funding to help people on the autism spectrum.

The Autism Collaboration, Accountability, Research, Education and Support (CARES) Act was signed into law Monday. The bill provides funding for autism programs and research at the Centers for Disease Control and Prevention, the National Institutes of Health, and the Health Resources and Services Administration.

The bill, which reauthorizes the previous Autism CARES Act of 2014, expands government programs to include older people with autism "who were -- and are-- often misdiagnosed, underdiagnosed and overlooked," according to Rep. Chris Smith (R-NJ), one of the bill's co-sponsors in the House of Representatives.

It also focuses on early detection and research to develop new treatments and therapies, and aims to provide support programs for families whose children "age out" of services, yet still need help as they get older.

"Children grow up and become adults, and then lose their education and support services," Smith said in a statement. "But autism is a lifetime neurological disorder, and young adults with autism continue to need their services."

The bill will "ensure the federal response addresses an individual's evolving needs well into adulthood and across their lifespan," said Sen. Bob Menendez (D-NJ), who co-sponsored the bill in the US Senate.

According to the CDC, approximately 1 in every 59 children has been diagnosed with Autism Apectrum Disorder, a developmental disability that affects the way a person communicates, interacts, behaves and learns.