A year-and-a-half after pleading no contest to several prostitution-related charges, former Hernando County commissioner Nick Nicholson has filed to run for his old seat.

He was booted from the Hernando County Commission by then-Gov. Rick Scott after deputies revealed Nicholson was living with a sex worker and also regularly paying her for sex.

Nicholson pleaded no contest but he told FOX 13, "the charges were based on lies."

"I was unfortunate enough to be a nice guy and I tried to help people," Nicholson said during a recorded phone interview with FOX 13. "After doing that for a number of years, they turned their back on me and lied about me."

He said he only pleaded no contest because he didn't have the money for a trial. 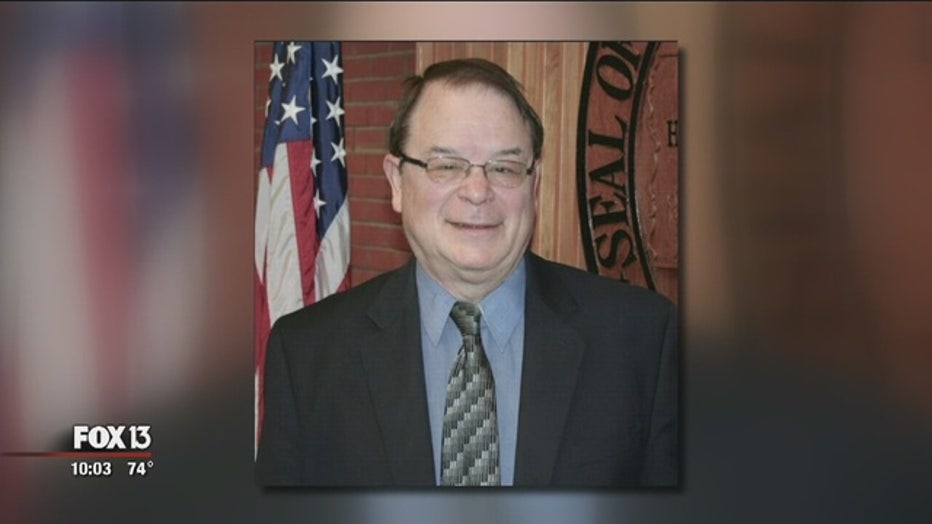 He said it would have, "been a circus that would have further hurt my family."

He was named, but not charged in a similar investigation years before.

"When judge Kavanaugh was appointed Supreme Court justice, lies were said about him," said Nicholson. "I have already been lied about my first two campaigns and I won the election. They can see through the lies and they can see the great job I did as a county commissioner."

His entry into the race has infuriated at least one member of the commission, John Allocco.

"I have to admit I was shocked," he said. "I spent the last two years, trying to build up Hernando County from all the negativity that came around that. Now here we are again."

Given the vote will be split among four candidates and Nicholson can fund his own campaign, could he win?

His three Republican opponents have raised a combined $15,000 and filings show they have nowhere near as much tied up in assets as Nicholson.

"Everybody knows about his past," said one candidate, Mark Johnson, a former member of the Hernando County School Board. "They know about both his transgressions. I think they will remember that. That will hinder him more than he thinks."

"It was not a one-time thing," said Beth Narverud, who owned a string of pizza delivery franchises. "Everybody makes mistakes, but this is repeated behavior."

"[Hernando County] has already been on national news for this," said Joe Swilley, who is a longtime manager at a local air and heating company, and describes himself as a regular volunteer for local charities. "We don't need this stuff drawing attention to our county."

The chair of the Hernando County GOP, Jeff Holcomb, who also serves on the county commission, released this statement to Fox 13:

As a twice-elected county commissioner and chairman of the Hernando County Republican Executive Committee, I am disgusted that Nick Nicholson has the arrogance to enter the race for County Commissioner District 1. Nick is relying on people not paying attention to sneak a win in August. I’m asking all Republicans to chose one of the other 3 Republican Candidates and send Nick home for good!

Hernando deputies say they have not arrested Nicholson since he was charged in April of 2018.