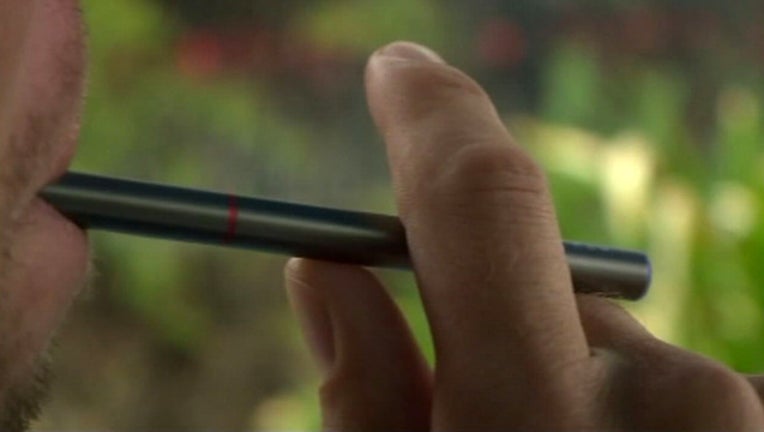 TALLAHASSEE (NSF) - A ban on vaping in workplaces is one step closer to appearing on the 2018 ballot after a panel of the Florida Constitution Revision Commission unanimously approved the proposal on Tuesday.

Former state Sen. Lisa Carlton, a member of the commission, said people are being adversely affected by public vaping because a ban on smoking in workplaces was passed by Florida voters in 2002, well before electronic cigarettes and other devices became available.

She wants to expand the current smoking ban to include vaping devices.

“Vaping, as it's generally called, is everywhere,” Carlton said, adding that like with smoking, second-hand exposure to vaping can lead to breathing in toxins. “Daily across the state of Florida, Floridians are subjected to vaping. No one should be forced to endure a cloud of harmful vapor in their cubicle as they work to support their families. No parent should have to worry about the health of their child because someone is vaping at the adjoining restaurant table, movie-theater seat, grocery store or next to them inside the mall.”

Florida Cancer Action Network lobbyist Heather Yeomans said her group supports the proposal but has suggested a number of changes, including eliminating the term “vapor generating devices” and replacing it with electronic smoking devices which, she said, would capture devices such as electronic hookahs, electronic pens and electronic cigarettes.

Yeomans said the Cancer Action Network also would like the proposed constitutional amendment to eliminate an existing exemption that allows people to smoke in some bars and hotels.

“We weren't thrilled to see that we still have the exemptions for bars and hotels,” she told the General Provisions Committee of the Constitution Revision Commission. “We would love for every environment and every employee … to not be exposed to these chemicals” from regular tobacco smoke and electronic cigarettes.

Carlton told The News Service of Florida after the meeting that she doesn't plan to alter her proposal to address concerns raised by the Cancer Action Network. But it appears unlikely Carlton's proposed constitutional amendment would go before voters as is in 2018.

To prevent what is being called “ballot fatigue,” members of the Constitution Revision Commission could group together proposals that the commission has endorsed.

The commission, which has 37 members, meets every 20 years to evaluate possible changes to the Constitution. The panel can put issues before voters without having to gather petition signatures or get proposals approved by the Legislature.

Members are considering dozens of proposed amendments, with those moving through the various committees expected to be considered by the full commission.

If a proposal is approved by a majority of the commission members, it will be sent to the Style and Drafting Committee, which is charged with grouping the various proposals together.

Commissioner Brecht Heuchan, who chairs the Style and Drafting Committee, told The News Service of Florida on Tuesday that, ideally, the proposed amendments would be grouped by themes. But he warned that overarching themes such as health care, the environment or taxes may not be how they are ultimately grouped for voters.

Heuchan said one potential way to group amendments would be to place together those that establish “rights.”

That approach, he said, was used by the Constitution Revision Commission in 1978, which was chaired by former Florida State University President Talbot “Sandy” D'Alemberte.

While it is an option, Heuchan said it's not one that he likes. D'Alemberte, who spoke before the commission this year, also said he regretted taking that approach because ultimately none of the amendments the commission proposed in 1978 were approved by the voters.

Heuchan said it is too early to decide how the proposals would be categorized because it's not clear which proposals will receive initial support from the fullÂ commission. “And, I also have no ideas what my colleagues want yet,” he said.

Carlton agreed that it was too early to predict what other proposals could be grouped together with her vaping ban.

After the proposals are grouped, they would have to be considered one more time by the full commission. Members would have one more opportunity to try to amend or alter the proposals. Ultimately, only those that are supported by 60 percent of the commission will appear on the ballot in 2018.

And only those that are approved by 60 percent of the voters who go to the polls will be included in the state Constitution.