Protesters were loud but peaceful throughout the day in Downtown Tampa

TAMPA, Fla. - About 100 or so protesters came together in downtown Tampa Sunday afternoon for the eighth straight day of demonstrations following the death of George Floyd.

Sunday, demonstrators came to the park with a strong message and an eagerness for people to listen.

"Black people are being gunned down in the street and are being chocked to death and things of that sort because of the color of their skin and that's not right," demonstrator Adria Johnson said.

Johnson is an organizer with the Tampa Bay Juneteenth Coalition and helped lead Sunday's demonstration. She's one of many who have been protesting day after day in downtown Tampa. For others, like Erica Stafford, Sunday was the first day she took part in the protests. 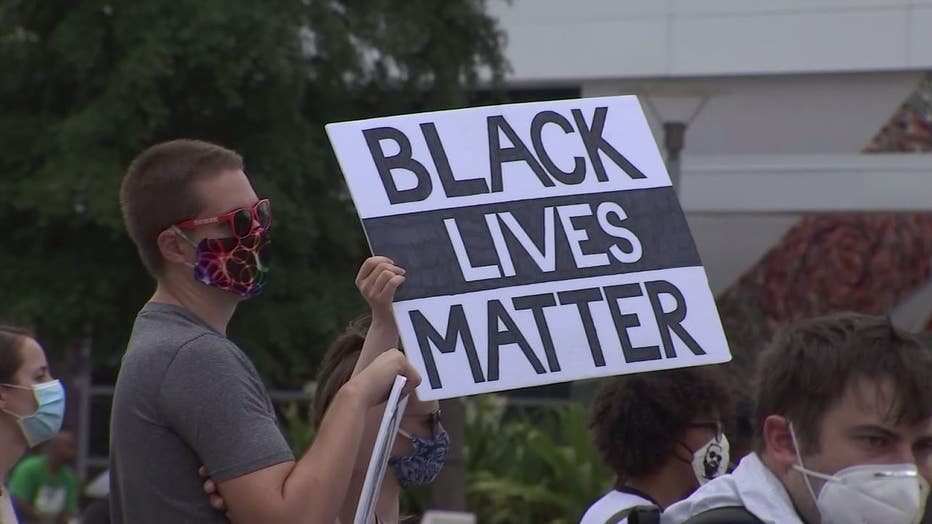 "I looked at that video and when he called out for his mom, I broke out in tears. I mean literally, I thought about my son and thought about how I'm a black mother in society and it really, really hurt me," Stafford said.

Stafford was one of several parents who brought their children to Sunday's peaceful demonstration as a way to educate them.

"It's very important for him and I think it's important for our youth because when they get older they are going to be ones and the next generation to really fight this and be the ones to make a change," Stafford said. 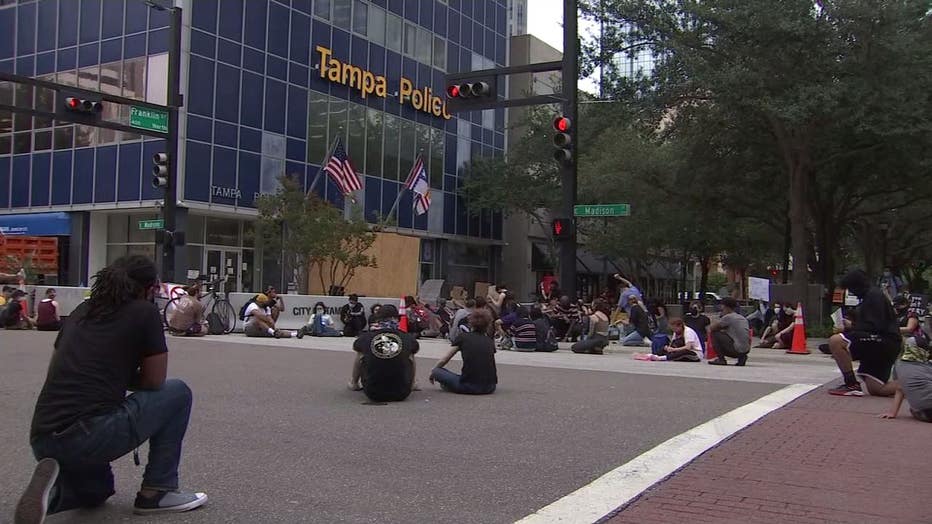 The call for change could be heard loud and clear throughout the streets of downtown Tampa Sunday. Demonstrators begin at Curtis Hixon Park before marching to the Tampa Police Department where they sat for a moment of silence to honor Floyd and others like him who have died at the hands of police.

Sunday's event was made up of demonstrators from all racial backgrounds, which is something Johnson's says is important in continuing to forward their message. 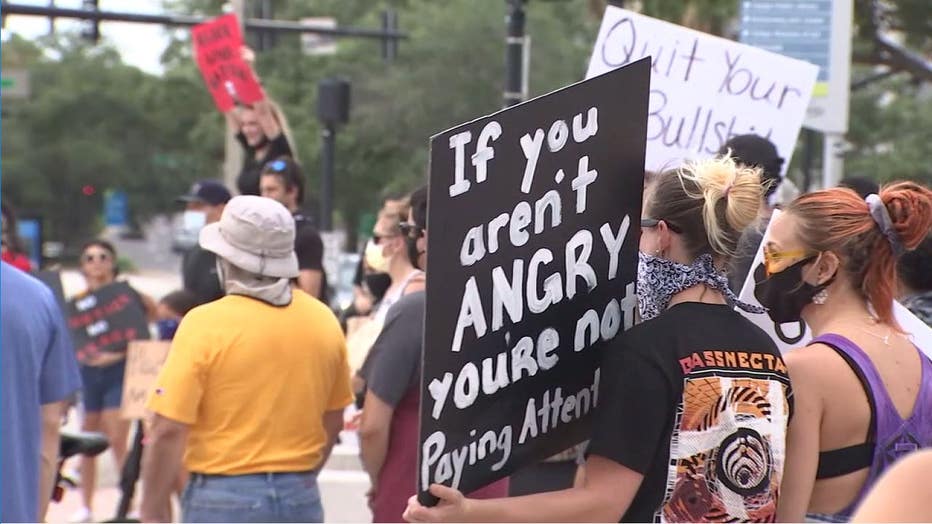 "People who are not black have been doing an awesome job coming out. Helping us. Bringing us water. Someone of them have actually been protesting with us. People with an understanding of the movement. Please come out. You are more than welcome," Johnson said.

Sunday's demonstration remained peaceful from beginning to end. Another protest is planned for Monday in downtown Tampa.