TAMPA, Fla. - A few hundred people came together Sunday afternoon for a rally near the Office of the State Attorney Andrew Warren in order to protest the charges facing more than 60 demonstrators who were arrested by Tampa Police back on June 2nd for unlawful assembly following a long day of demonstrations that began in the early afternoon and lasted into the night. 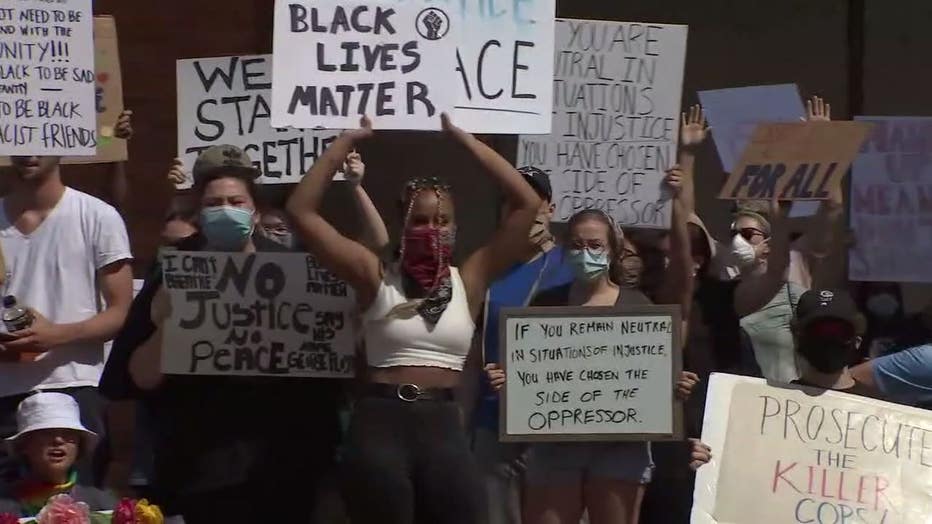 Impassioned demonstrators could be seen marching with a purpose throughout the streets of downtown Tampa Sunday.

"They just need to listen and hear what we actually have to say as opposed to trying to suppress our voices at this point," one demonstrator said.

Calls for charges to be dropped echoed within Joe Chillura Courthouse Square, which is where the few hundred protesters came together for Sunday's rally. The park is also where nearly 2 weeks ago Tampa Police arrested more than 60 people for unlawful assembly. Their arrests were the focus of Sunday's demonstrations. 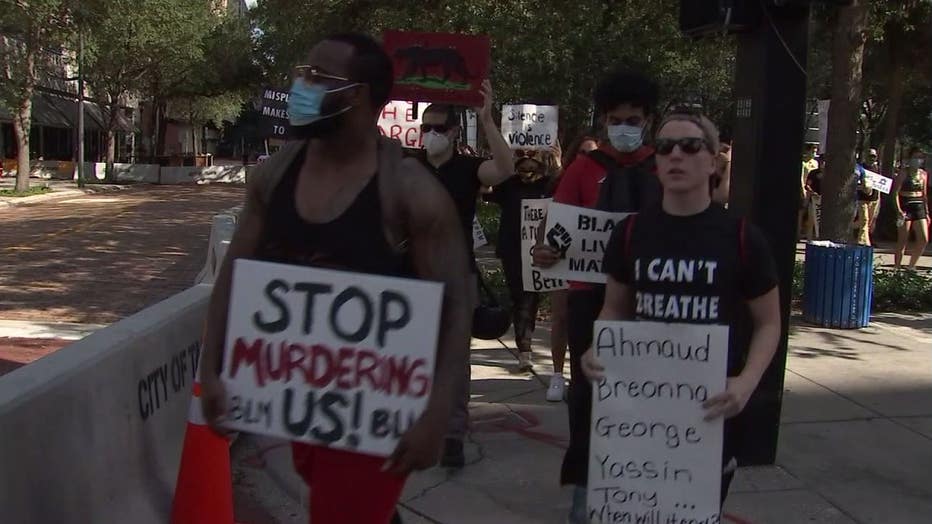 Back on June 2nd, peaceful demonstrations began in the early afternoon. By night, crowds had grown in size and in frustration. Around 11:45 p.m., Police ordered the crowd of about 300 people to disperse after an object was thrown at police officers. The 60 or so who remained were arrested and taken to jail.

"It's disturbing. It shows a trend of the criminalization of protests," Aiman said. 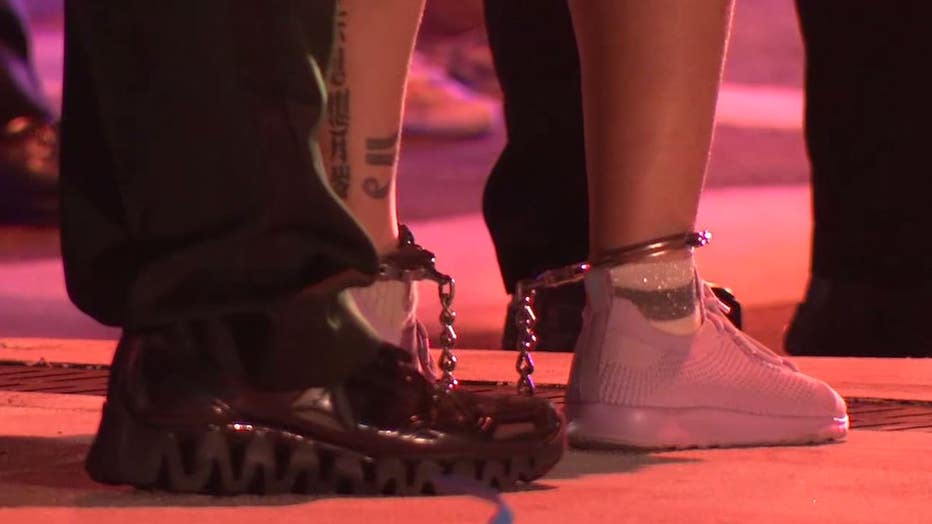 Sunday's demonstration comes after state attorneys in Jacksonville and Miami both announced their office is dropping all charges against protesters who violated curfew or who were arrested for unlawful assembly.

"Peaceful protests are vital to our democracy—they provide an outlet for anger and frustration, as well as inspire change," a spokesperson for the Office of the State Attorney Andrew Warren wrote in a statement emailed to FOX 13 Sunday. "We are still awaiting some pieces of information regarding the arrests from June 2, and it would be improper for us to decide how we are handling any case before we have reviewed all the relevant facts." 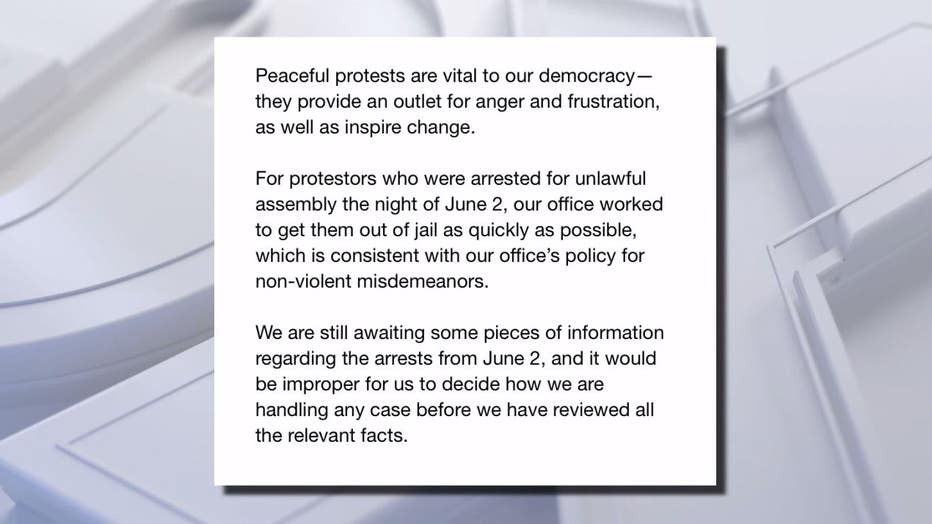 The spokesperson added that the office worked as quickly as possible to get protesters out of jail on June 2nd. The spokesperson says they'll be receiving the additional information from Tampa Police within the coming days.