What Water Street's new art displays will look like

TAMPA, Fla. - Amid the construction of Tampa’s new Water Street downtown is a garden of plants and light called Three Arcs. It’s one of area's first pieces of public art, designed with LEDs and colorful movements for people moving into the area.

"They’ll notice it out of the corner of their eye and it will become part of their environment, the same way the garden is, except a little more dynamic," explained California artist Jim Campbell.

And unlike a painting or a sculpture, it’s not finished. Campbell can continue to create the piece months or even years into the future.

"I’m lucky because I can work with video and computers, it’s programmable," he explained. "I can change it based on what the activity is."

As we watched, the scene changed from a soft focus of wispy clouds to bright sunshine through trees. 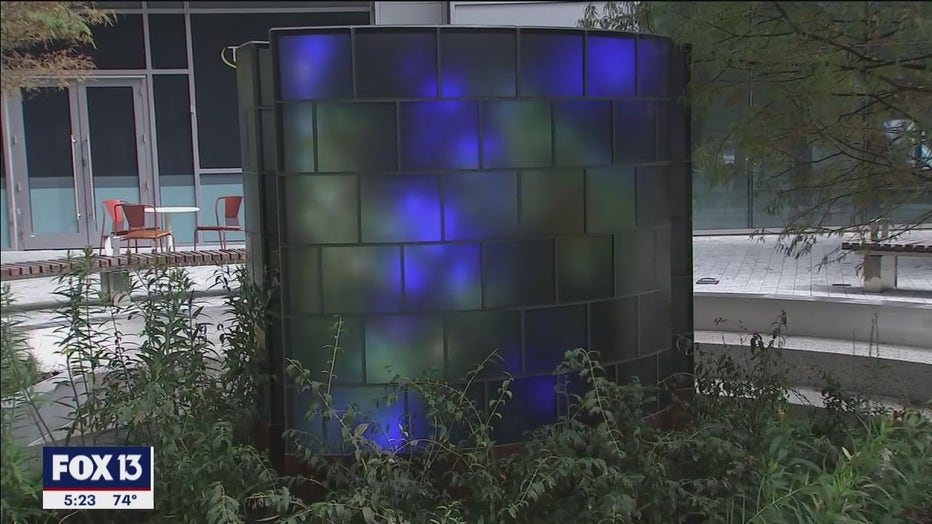 Phase one should be finished by this spring, and they said public art wasn't an afterthought.

What if an overhead footbridge could be art? It can be. Again, lighting and interaction with the surroundings will be a feature of "Halocline Sky," a piece by London artist Jason Bruges, on the bridge that connects the JW Marriott and Water Street Marriott hotels.

"You’ll see up in the sky this kind of movement of digital projection back and forth," says Brad Cooke, of SPP. He says the art will pick up movements of people on the bridge and its light will react to the movements.