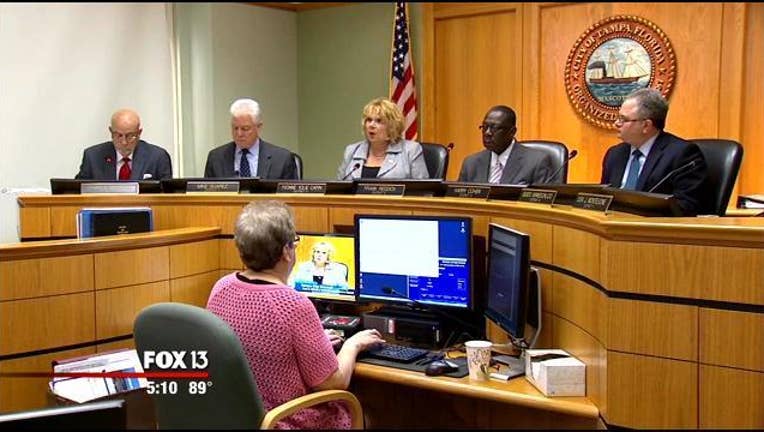 More than two dozen people showed up at city hall on Thursday, urging council members to create a citizens review board to monitor Tampa Police.

Chief Eric Ward made it clear that he was not in favor of creating a board until specific rules and requirements have been ironed out.

"Putting financial resources in place, picking the right board, a board who is nonbiased, said Ward, "We need one that's down the middle, not pro-police and not pro-community. I don't need people interjecting their opinions that have bad relationships with law enforcement."

The debate comes after an investigative report showed 80 percent of people ticketed while riding bicycles in Tampa are African American.

Chief Ward said he is studying how citizen review boards are run in 15 different police departments, including Orlando and St Petersburg, which has had a citizens review board since the 1990s.

Ward said the cost of creating a review board could vary from $30,000 to $2.1 million, based on what he's seen around the country. It's money that has not been set aside in the department's budget.

Following the council meeting, Ward even seemed to fire back at community members critical of Tampa police, saying their focus should be on bigger problems in the city and less on 'policing' the police.

"I understand what they're saying. In the same token, law enforcement can't be responsible for everything, meaning, we can't raise people's children," said Ward. "The bigger issue is, we have all these homicides that are unsolved, and none of the public is coming forward. Who's policing that? That's what's important to me."

It was questioned whether city council members have the authority to create a review board. No final decision was made.

Chief Ward has until September 3 to present a new proposal to the council.