Lisa Westbury, who was a mother of two, was also a successful Tampa attorney who once worked for prominent defense attorney Barry Cohen, until his death. On the evening of Saturday, June 4, Lisa was found dead in her bedroom of her Ruskin home. Hillsborough County sheriff reports show her lifeless body was discovered by her 13 year old son.

TAMPA, Fla. - LeesaAnn Dodds is still in shock over the sudden death of her best friend and law partner, Lisa Westberry.

"She was a good friend, she was a wonderful attorney, she was a fabulous mom," Dodds said tearfully.

Westberry, who was a mother of two, was also a successful Tampa attorney who once worked for prominent defense attorney Barry Cohen until his death.

After Cohen's passing, she and Dodds opened their own law firm.

"Everybody that finds out about Lisa‘s passing says two things: one, 'I’m sorry for your loss,' and two, 'What happened?'" Dodds said. "I wish I can tell people what happened. I want to know what happened." 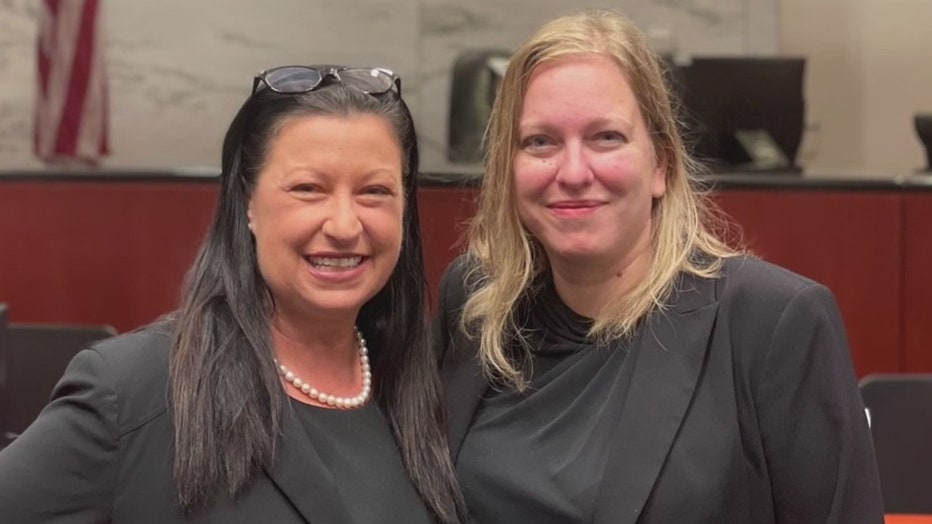 On the evening of June 4, Westberry was found dead in her bedroom of her Ruskin home.

Hillsborough County Sheriff's Office reports show her that her lifeless body was discovered by her 13-year-old son.

Records reveal there was a bloody wound near her mouth – one deputy describe it as "a gunshot wound on Lisa Westberry’s mouth" while another responding deputy called it a "possible gunshot wound."

But no gun was found near the body.

However, a detective on the scene had a much different take. He believed it looked more like the gash could have come from "one of the family guard dogs and potentially passed from natural causes or a drug possible overdose," the report indicated. 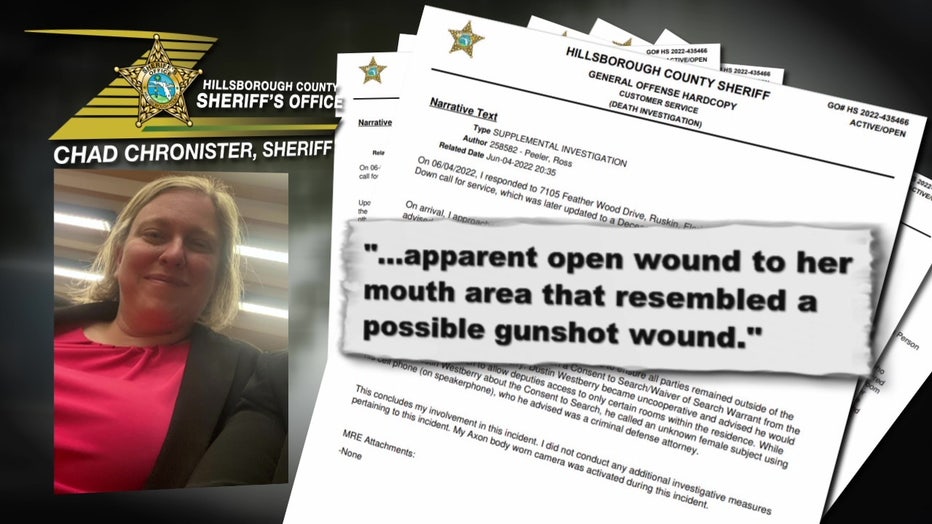 The Hillsborough County Medical Examiner says the case is under criminal investigation and cause and manner of death is still pending.

"It’s not normal for a 38-year-old woman who is in normal health and has no reason to pass away to just be gone," Dodds told FOX 13. "It was like she was there and then she was gone."

Documents show Lisa's husband, Dustin Westberry, was questioned at the home and told deputies there were two guns in the garage of the house; however, they were never taken by investigators. He tells FOX 13 his family is devastated over his wife's death.

Dustin Westberry says she was an amazing mother and wife who cared deeply for the clients she represented. He has agreed to sit down with FOX 13 and share more of Lisa’s memory. That part of the story coming soon.

A celebration of Life for Lisa Westberry is scheduled for Sunday, June 26, at the Church of the Isles in Indian Rocks Beach at 12:30pm. For more details, click here.