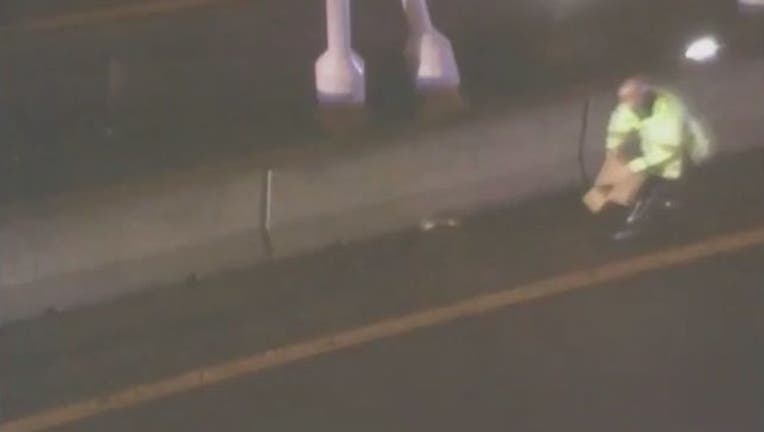 It gave Massachusetts State police the run-around while on Boston’s Zakim Bridge on Wednesday. The agency released video of the amusing chase. The rabbit evaded one officer as he tried to capture it in a cardboard box. It seemed as though it was finally stuck under the box, but it quickly hopped away.

A second officer appeared with the another cardboard box and both teamed up to corner the rabbit on the bridge.

A police spokesman said the rabbit was definitely captured, but it’s unknown where it was taken or how it found its way onto the bridge. There were no reports of injuries to the officers or rabbit.