TAMPA, Fla. - It may not have been the final ending to the Tampa Bay Rays' season they were hoping for, but for at least one night, Winter Haven’s Ellis Allanson and his family experienced more World Series memories than they could’ve ever imagined.

“It was a fun experience, wasn’t it?  We had a good time. Especially that 9th inning,” said Ellis’s dad, David McQuillen.  “He started calling 'walk-off, walk-off.' They walked off and he just started screaming, jumping and hollering.”

For Ellis, the whirlwind game 4 magic actually started days earlier, when his parents surprised him at work with tickets to see his favorite team play in the World Series.

The moment that Ellis Allanson learned he was going to the World Series is something he and his family will never forget.

Those heartwarming moments gripped viewers across Tampa Bay and even caught the attention of the Rays. The team flew out a team-autographed bat to surprise Ellis at Globe Life Field.

PREVIOUS: Rays superfan with Down syndrome gets surprise trip to World Series

“We never had any intentions of it turning into anything like this. We were just sharing it on Facebook and it just kind of blew up into a big story and the Rays were fantastic,” McQuillen said. 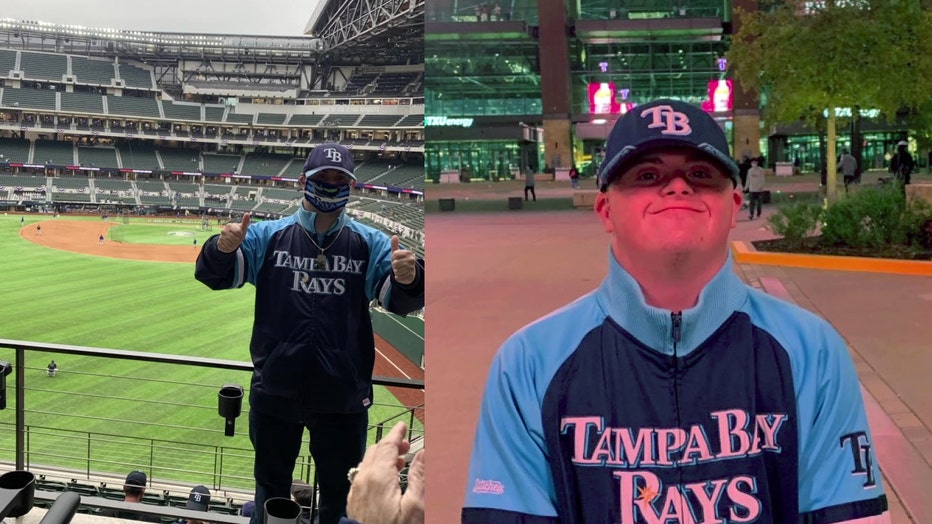 There will always be winners and losers in sports, but some moments are bigger than the game. Ellis proves that.

Rays&#8217; most loyal fan prays for team to pull out World Series win

Support for the Rays is coming in far and wide across Tampa Bay. It doesn’t matter if you’re 5 or 95, fandom sticks with you for a lifetime.