MADISON HEIGHTS, Mich. (FOX 2) - "It was like all my blood drained from my body. I really was like no, this is it. No," said Zenarra James.

Now James is suing the Madison Heights restaurant where she used to work saying co-workers put what appeared to be a razor in her salad after she repeatedly complained to managers about their repeated use of the n-word.

Zenarra James is suing the Madison Heights restaurant where she used to work saying co-workers put what appeared to be a razor in her salad after she repeatedly complained to managers about their repeated use of the n-word.

Those co-workers she says, are young white men.

"Like 'Yeah, n-word, yeah n-word,' singing songs like really loud, you know what I mean. Personal things, it's whatever," she said. "But I can hear you, we're in a business, a place of work, we shouldn't be saying things like that at all."

James first went to supervisors and managers about the issue but says her co-workers were not disciplined and kept using the n-word.

She later had a heart-to-heart with one of the main culprits.

"Me being new and not knowing him well, I wanted to bridge the gap and say, 'Hey it was me who let them know,' and I wanted to tell him why, why it made me uncomfortable, and why, but people know why.

"He didn't care why, and his reaction to me was vehemently like, 'I know you snitched on me.'"

James says it all came to a head a few weeks ago when she ordered that salad to take home at the end of her shift. She says the brother and friends of the man who accused of her "snitching" prepared it. 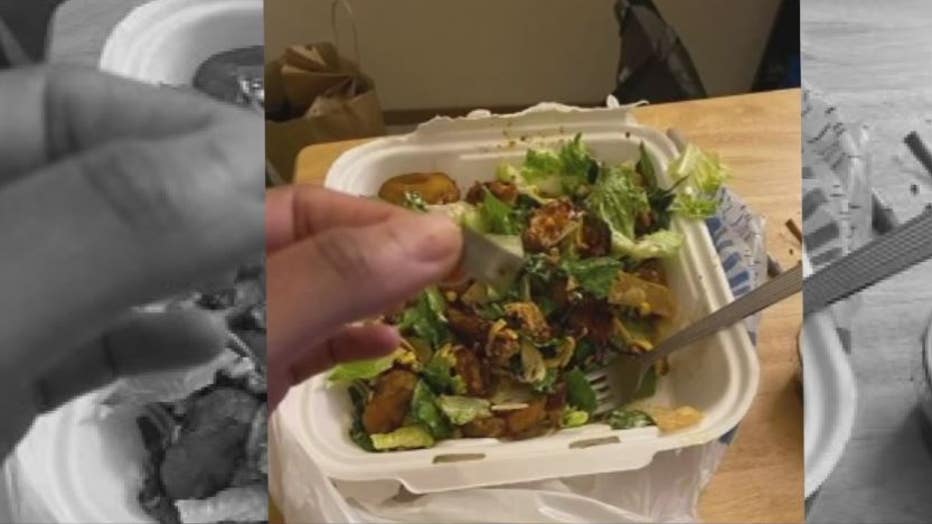 A picture of what Zenarra James says she found inside a piece of chicken inside her salad.

"I can only go back to the physical feeling and me going like whoa what is that," she said. "So I open it and I go through the little pieces and there's a tiny little razor blade cutter thing inside that piece of chicken."

James informed the general manager immediately after and then quit. She also called Madison Heights police.

"It could've been serious physical injury or death. You know it was small enough of a razor blade where it really would've been easy to swallow," said her attorney Jonathan Wylie. 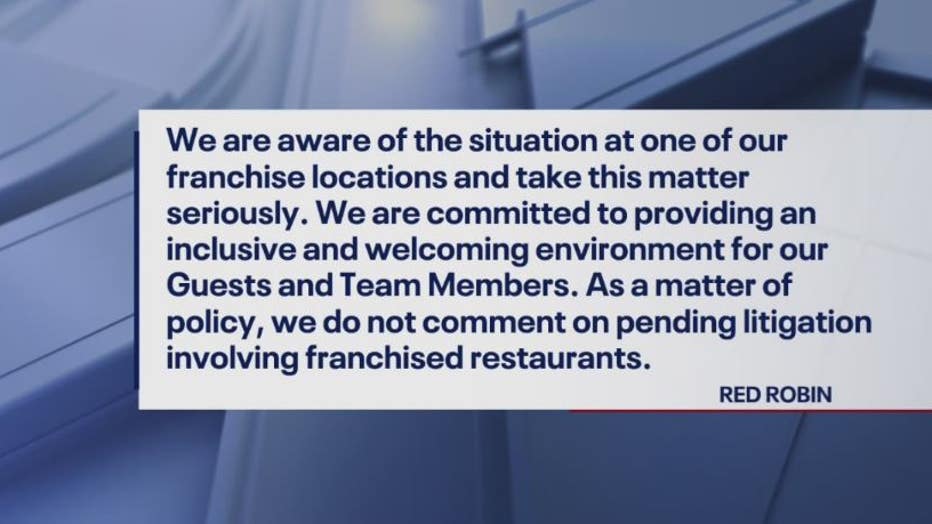 "We are aware of the situation at one of our franchise locations and take this matter seriously. we are committed to providing an inclusive and welcoming environment for our guests and team members. as a matter of policy, we do not comment on pending litigation involving franchised restaurants."

The lawsuit is seeking damages, back and front pay of at least $25,000.