Manatees released back into wild

Three manatees that were treated at Sea World in Orlando were released back into their natural habitat.

FORT MYERS, Fla. - More than a dozen kayakers watched and cheered as three manatees are back in their natural habitat after being treated at Sea World in Orlando.

The manatees named Cason, Lincoln and Marco were released into the waters from Manatee Park in Fort Myers on Saturday.

The manatees were rescued from Bunche Beach in December. 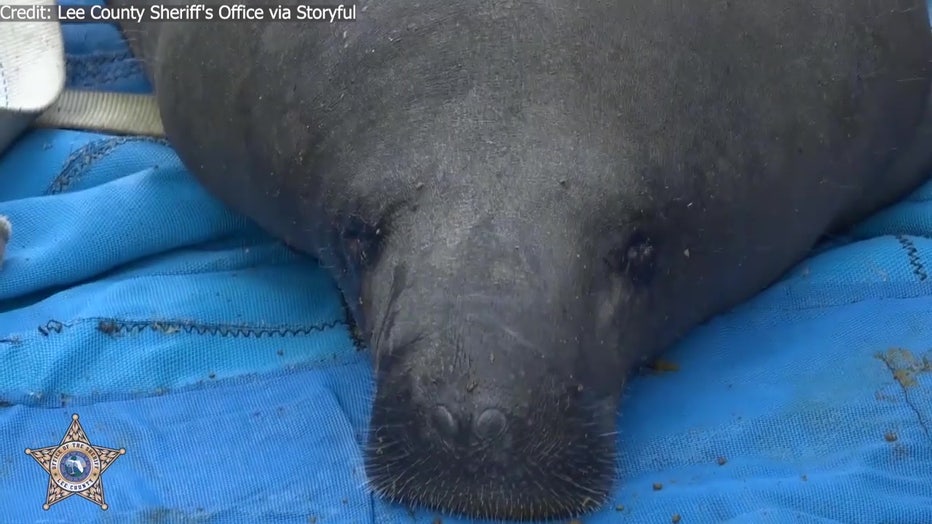 One of the manatees was discovered completely dry and in crisis by a Lee County Parks and Recreation employee, according to the Lee County Sheriff’s Office.

The employee kept the 8-foot manatee wet using buckets of water and towels until help arrived.

The manatee, which weighed between 450-500 pounds, was lifted and loaded onto a rescue stretcher and carried to a Fish and Wildlife Conservation Commission truck before being placed into an inflatable pool filled with saltwater while awaiting transport to Sea World in Orlando.

After about two months of treatment, the manatees were strong enough to be released into the wild.