Sea level rise could be worse for Florida, report shows

TAMPA, Fla. - A new government report out this week said the sea level will rise about a foot on average in the U.S. over the next 30 years, and it will be worse in the Gulf of Mexico and the East Coast.

The National Oceanic and Atmospheric Administration released its Sea Level Rise Scenarios report, detailing the amounts of sea level rise across the country.

"That report is really relevant for the entire United States, and sea level rise is actually experienced differently for different regions," said Maya Burke, the assistant director of the Tampa Bay Estuary Program. "The big takeaway was that there's that there's some nuance in terms of the timing of when we might expect to see sea level rise occur and in the quantities that have been projected."

She and other members of the Tampa Bay Climate Science Advisory Panel, which helped author NOAA’s report, said Florida’s sea level rise will be worse, so they will dive into the report’s recommendations and consider how to apply them to Tampa Bay. Tampa Bay Estuary Program is working with several local governments on what to expect. 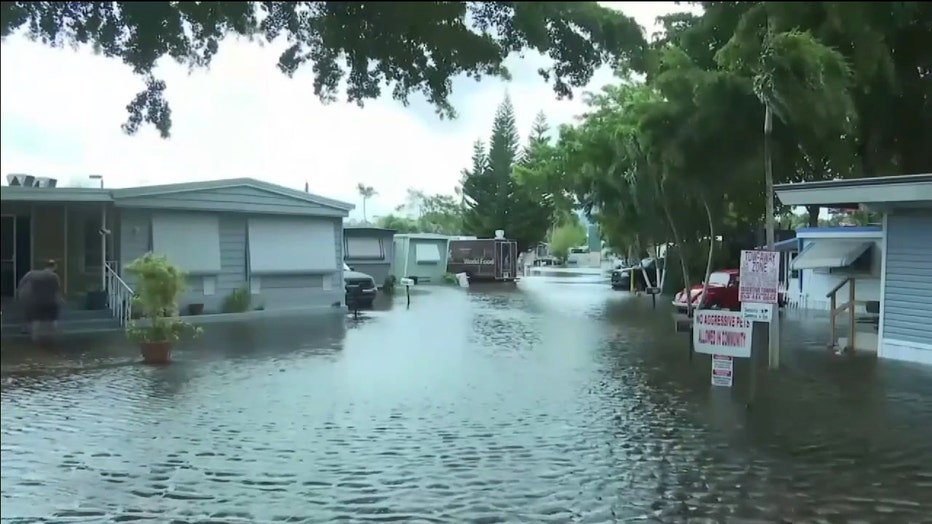 The Tampa Bay Regional Planning Council said the report helps cities and counties find out what they can do better, so the decisions they make now will hold up in the coming decades.

"It's important for local governments, private property owners to begin to work on improving resilience," said C.J. Reynolds, the director of resiliency and engagement at the Tampa Bay Regional Planning Council. "Certainly what we're seeing with climate change in general is more extreme rain events. And if you live inland, I'm sure you've seen and experienced really intense floods where things just the rain comes down really fast, really hard for some period of time."

Reynolds said the information in the report helps them see how much and how fast the sea level will rise.

"We have some decades where we can make these improvements before we're really, really impacted. And so that's what we should be doing is focusing on good decisions now, and many of the local governments are planning for this," said Reynolds.

"What I've been seeing from our government partners have been things like investing in things like living shorelines, where instead of just having a seawall. We're also installing things like marsh grasses and oyster beds, things that slow down the rising tide," said Burke.

The goal is to head off devastating impacts on the shoreline and miles away from the coast.

"We saw that during Tropical Storm Eta, where just a little bit of extra high tide, coupled with the tropical storm, created a lot of street flooding and home flooding for properties that aren't just on the water," said Burke.

Planning leaders say the report helps us buy some time in the short term, but the sea level rise will threaten more communities in a variety of ways in the long term.