March on for Voting Rights rally draws thousands to DC: 'When we fight, we win'

Alicia Garza, an American civil rights activist known for co-founding the international Black Lives Matter movement, spoke in Washington D.C. Saturday for the March on for Voting Rights rally. Garza and other activists called out the importance of voting rights for all Americans on the anniversary of MLK's 'I Have A Dream' speech.

That's the strategy Senate Majority Leader Chuck Schumer appears to be pursuing as the New York Democrat forced another test vote Wednesday on legislation to overhaul the nation's election laws. For the fourth time since June, Republicans blocked it.

Democrats entered the year with unified, albeit narrow, control of Washington, and a desire to counteract a wave of restrictive new voting laws in Republican-led states, many of which were inspired by Donald Trump's false claims of a stolen 2020 election.

But their initial optimism has given way to a grinding series of doomed votes that are meant to highlight Republican opposition, but have done little to advance a cause that is a top priority for the party ahead of the 2022 midterm elections.

RELATED: For the People Act: Voting rights bill fails to advance in Senate

The Senate voted against debating voting legislation Wednesday, with Republicans this time filibustering an update to the landmark Voting Rights Act, the pillar of civil rights legislation from the 1960s. GOP senators oppose the Democratic voting bills as a "power grab."

"This is a low, low point in the history of this body," Schumer said after the failed vote, later adding, "The Senate is better than this."

Time is ticking down, however, activists warn. Redistricting of congressional districts (a once-in-a-decade process Democrats want to overhaul to make less partisan) is already underway. And the Senate poised to split town next week for a home-state work period.

"Senate Democrats should stay in town and focus on the last act in this battle," said Fred Wertheimer, who leads the good government group Democracy 21.

The latest measure blocked by Republicans Wednesday is different from an earlier voting bill from Democrats that would have touched on every aspect of the electoral process. It has a narrower focus and would restore the Justice Department's ability to police voting laws in states with a history of discrimination.

The measure drew the support of one Republican, Alaska Sen. Lisa Murkowski, after Democrats agreed to make changes that she sought. But all other Republicans opposed opening debate on the bill.

RELATED: March On For Voting Rights draws hundreds to DC on anniversary of MLK's 'I Have a Dream' speech

"Every time that Washington Democrats make a few changes around the margins and come back for more bites at the same apple, we know exactly what they are trying to do," said Senate Majority Leader Mitch McConnell, who slammed the vote as "political theatre" on a trumped-up a "go-nowhere bill."

Murkowski, too, said she still had underlying issues with the bill as written, while criticizing Schumer's decision to force repeated "show votes."

"Lets give ourselves the space to work across the aisle," she said Wednesday. "Our goal should be to avoid a partisan bill, not to take failing votes over and over."

The Democrats' John Lewis Voting Rights Advancement Act, named for the late Georgia congressman who made the issue a defining one of his career, would restore voting rights protections that have been dismantled by the Supreme Court. Under the proposal, the Justice Department would again police new changes to voting laws in states that have racked up a series of "violations," drawing them into a mandatory review process known as "preclearance." 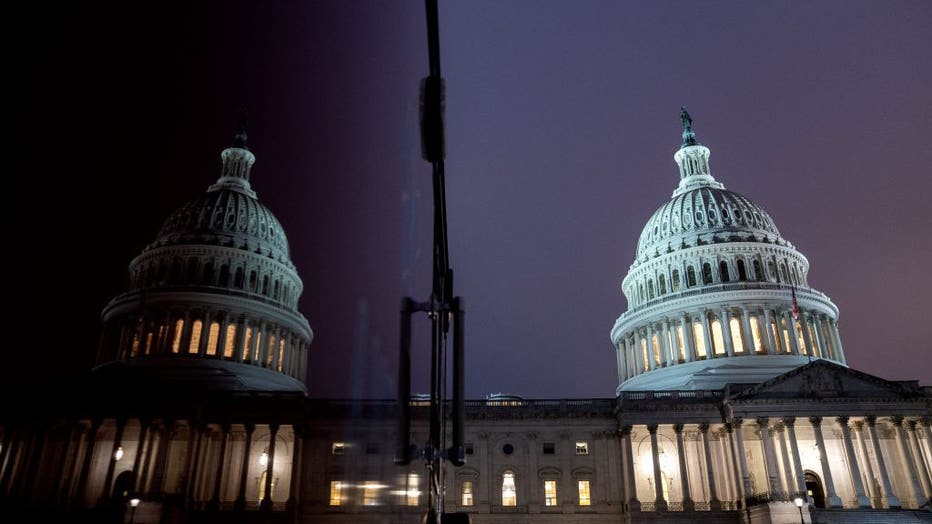 The practice was first put in place under the Voting Rights Act of 1965. But it was struck down by a conservative majority on the Supreme Court in 2013, which ruled the formula for determining which states needed their laws reviewed was outdated and unfairly punitive. The court did, however, say that Congress could come up with a new formula. The bill does just that.

A second ruling from the high court in July made it more difficult to challenge voting restrictions in court under another section of the law.

The law's "preclearance" provisions had been reauthorized by Congress with overwhelming bipartisan support five times since it was first passed decades ago. But after the Supreme Court's 2013 ruling, Republican support for the measure cratered.

Though the GOP has shown no indication that its opposition will waver, there are signs that some of the voting changes Democrats seek aren't as electorally advantageous for the party as some hope.

RELATED: PHOTOS: March On For Voting Rights takes place in DC on anniversary of MLK's 'I Have A Dream' speech

Democrats took control of all parts of Virginia’s government in 2019 and steadily started liberalizing the state’s voting laws. They made mail voting accessible to all and required a 45-day window for early voting, among the longest in the country. This year they passed a voting rights act that made it easier to sue for blocking ballot access.

"Are we all reading the tea leaves from Virginia? Yes, absolutely," Murkowski said. "Will it be something colleagues look too? It's just one example."

Democrats, meanwhile, say they haven't given up on their push and believe Republican obstruction could jumpstart a debate over overhauling the filibuster, which allows legislation to be blocked unless it has garnered 60 votes.

"We can’t even debate basic bills," said Minnesota Sen. Amy Klobuchar, a Democrat. "The next step is to work on ideas to restore the Senate."