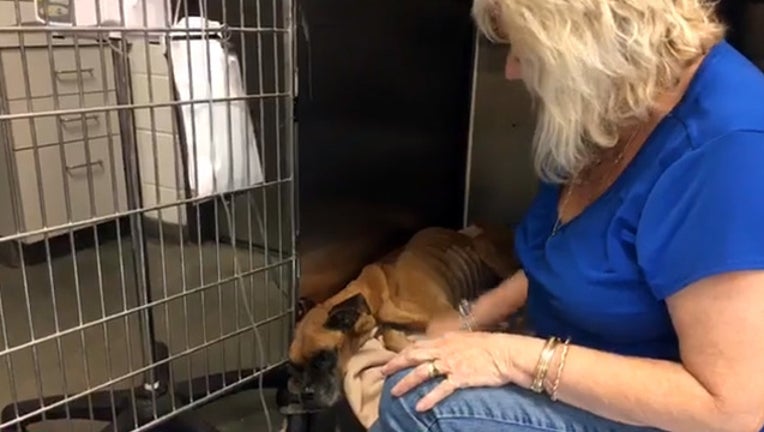 TAMPA (FOX 13) - An emaciated boxer, rescued by firefighters last week, has passed away despite the efforts of the Humane Society of Tampa Bay.  ‘Misha,’ as rescuers called her, was euthanized Tuesday morning.

Misha wandered into a Tampa Fire Rescue station last week, barely more than skin and bones. Firefighters took her to the Humane Society, where veterinarians diagnosed her with everything from malnutrition to heartworms to intestinal parasites, and eventually thyroid cancer.

She hung on longer than vets thought she might, but never really turned the corner.

“She had declined to the point that she’s telling us it’s time,” HSTB director Sherry Silk offered during a sad Facebook update Tuesday.  “As much as we were pulling for her, we are the Humane Society after all and it’s time to do the right thing, which is to put her out of her misery.”