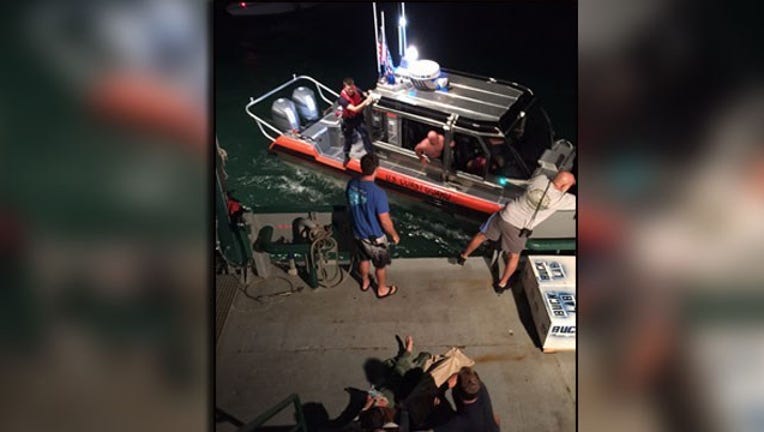 A research team from the Florida Institute of Oceanography is being credited for saving the life of a boater Saturday night near Egmont Key.

The research team, which included students from the University of South Florida and Florida State University, were on a research boat called the "Weatherbird II," which was returning to shore when an urgency call came out from the U.S. Coast Guard around 9 p.m.

The call was for three men in the water who were separated from their boat about two miles away from the Weatherbird's location.

The Coast Guard was able to pull two of the men to safety, but one was still missing. According to the Florida Institute of Oceanography, the research team sped out to the location and continued searching in the dark. They searched for about an hour before they spotted the man in the water and pulled him to safety.

The man told the group he could not have survived for much longer. He was dehydrated but will be OK, and the reunion between the three rescued boaters was an emotional one.

"We are so proud of the entire crew for their bravery and professionalism in what was surely an extremely stressful situation. Our FIO research vessels not only provide valuable educational experiences to students and faculty, but they also save lives," said USF System President Judy Genshaft.