TAMPA, Fla. - It was all fun and games at a Temple Terrace home until Neil Gallagher accidentally shot and killed his roommate.

The 24-year-old made his first appearance in a Tampa courtroom on Wednesday. He is now facing manslaughter charges in the death of his roommate, Eric Hansen.

Prosecutor Anthony Falcone says, in February, Gallagher and his roommate were simulating a combat to see who would win in a knife-versus-gun fight.  During the role-playing, Hansen pulled out the knife and Gallagher, they say, pulled the trigger.

“Defendant pulled the firearm from his pocket he pointed it at the victim to prove to the victim that he could draw his gun before being reached by the knife and then did fire the gun, shooting the victim in the face, killing him,” explained Falcone.

However, Gallagher’s attorney says that’s not what happened.

“At no point in time did Mr. Gallagher pull that trigger, nor did he intend for that trigger to be pulled, nor was there any malice or fighting,” explained Anthony Rickman. 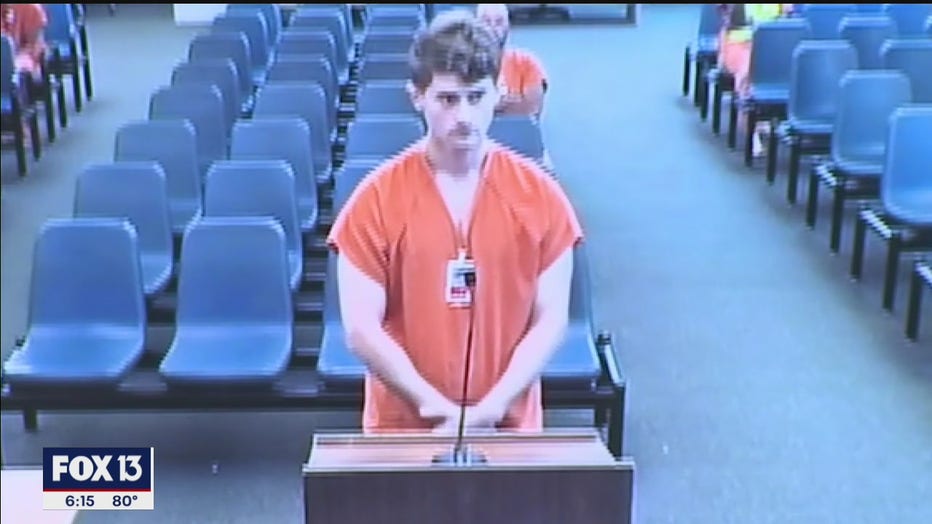 Rickman says Gallagher had removed the magazine from the gun and thought it was unloaded.

“There seems to be a malfunction with that firearm which, in fact, left the shell casing in the slide of the firearm,” said Rickman.

Prosecutors refute that, while accusing Gallagher of showing a reckless disregard for human life that means he should be held responsible for his roommate’s death.

Hillsborough State Attorney Andrew Warren says manslaughter was the proper charge. “This is such extreme recklessness, that when you’re handling a gun you are legally required to know whether it’s loaded or not.”

Gallagher, who is a sergeant in the Marine Corps Reserves, has high hopes someday of becoming a helicopter pilot, but these charges could dash those dreams.

The judge gave Gallagher a $40,000 bond and ordered him to stay away from alcohol and guns.