LAKELAND, Fla. - Bartus Taylor, a host and server at Fresco’s Southern Kitchen and Bar in downtown Lakeland, couldn’t be any happier.

Money has been very tight for Taylor since he was let go six weeks ago. He was cut from the roster at Fresco’s when Florida’s governor closed restaurants and bars back in March.

Taylor applied for unemployment, but the system crashed, and he couldn’t get any financial help. So he has been forced to live on savings and count every penny.

“I spent money on groceries. That was about it. I didn’t spend money on anything else,” Taylor said.

Now he and two dozen other former Fresco’s employees have been called back to work. That’s almost everyone who worked there before they closed.

That is great news for Taylor and his co-workers, but it doesn’t mean that their paychecks will be as big as they were before. 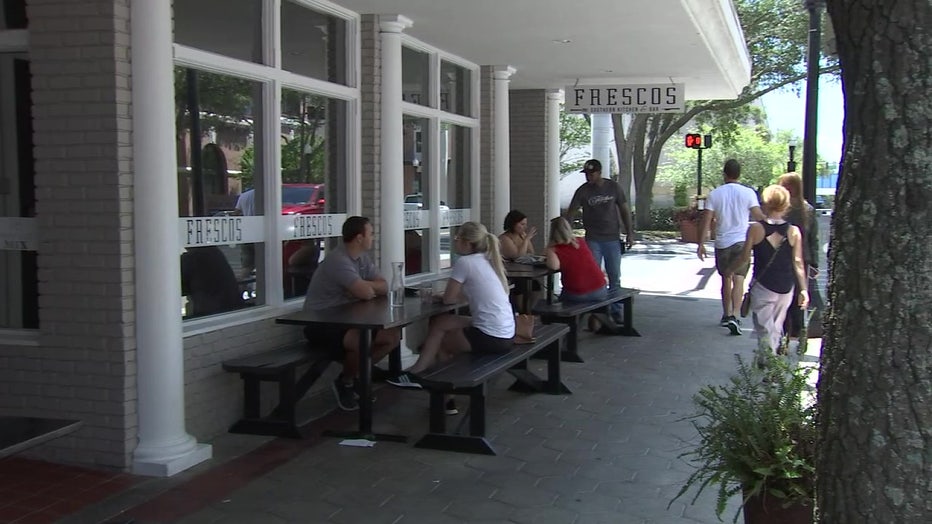 The Florida Restaurant and Lodging Association estimates that 598,000 people in their industry were furloughed because of the pandemic. The association says it doesn’t have a handle on how many people may have been re-hired.

A quick survey of restaurants in downtown Lakeland suggests that they are starting to get back on their feet, but slower than they would like.

Lindsey says a lot of people are still working from home, so they are not going out to eat.

There is another factor. For the moment, restaurants are only allowed to seat 25-percent of their indoor capacity because of social distancing.

There’s no word when the governor plans on increasing that number.