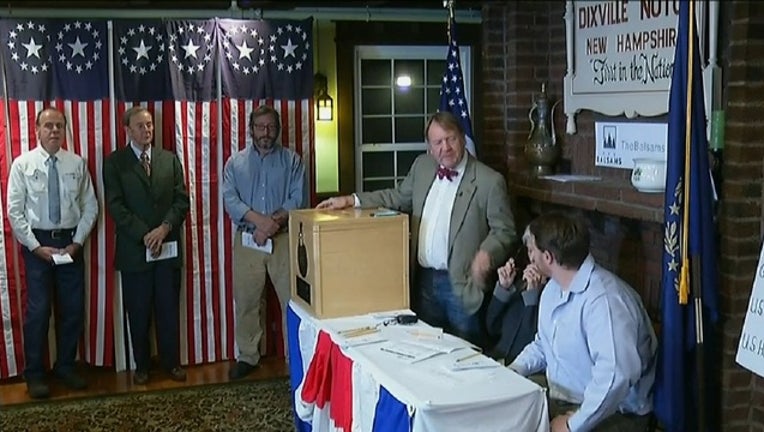 DIXVILLE NOTCH, N.H. - It is the first official polling place open on Election Day, but don’t expect the results to have too much of an impact on the rest of the country.

Dixville Notch, New Hampshire carries the tradition of casting their ballots for the next President of the United States just after midnight on Election Day. Their results are then tallied and announced to the world.

FOX News reported this year's election in the small village goes to Democratic Presidential Candidate Hillary Clinton. Here is the complete breakdown of the eight votes:

The tradition started with the 1960 election. But has not successfully served a bellwether for how the rest of Election Day typically goes. The small village has only predicted half of the winners in their time as the “First in the Nation.”