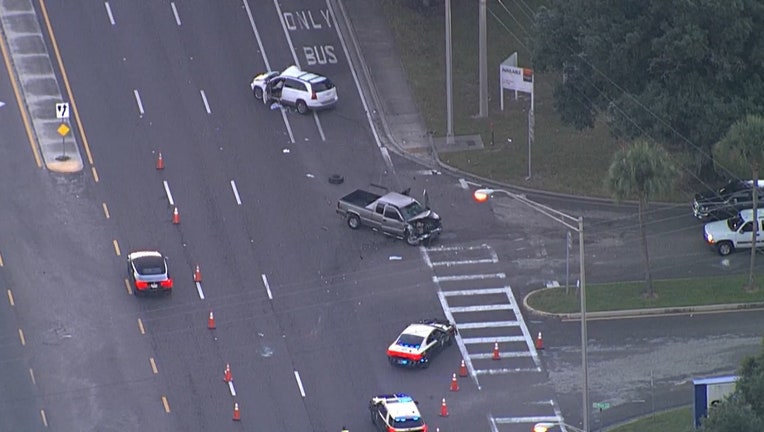 Around 4:54 a.m., troopers said a Riverview man was traveling west on State Road 574, also known as  Dr. Martin Luther King Jr. Boulevard. At the intersection of Riga Boulevard, troopers said the 55-year-old man turned left and into the path of a pickup truck.

The 55-year-old man was taken to a hospital where he later passed away. The driver of the pickup truck, a 54-year-old man from Tampa, had serious injuries.

According to FHP, both drivers were wearing seatbelts.