The woman behind the wheels of the Grand Prix

ST. PETERSBURG, Fla. - On Sunday, the 17th annual Firestone Grand Prix of St. Petersburg took place. But when the tires hit the track and the engines began to rev, you can bet Cara Adams wasn’t too far away.

"If you had gone back to my little girl self and told that little girl that she was going to be doing really great things and working with race cars and everything in the future, there’s no way I would have believed it," said Adams, the director of race tire engineering and manufacturing for Firestone Racing.

She’s the woman behind the wheels.

"My very first job in racing was engineering tires for St. Pete," Adams shared. "Now I lead the team that does all the engineering and manufacturing for all of Firestone Racing."

Adams is paving the way for other women like her to have a more hands-on role in the male-dominated motorsport industry. 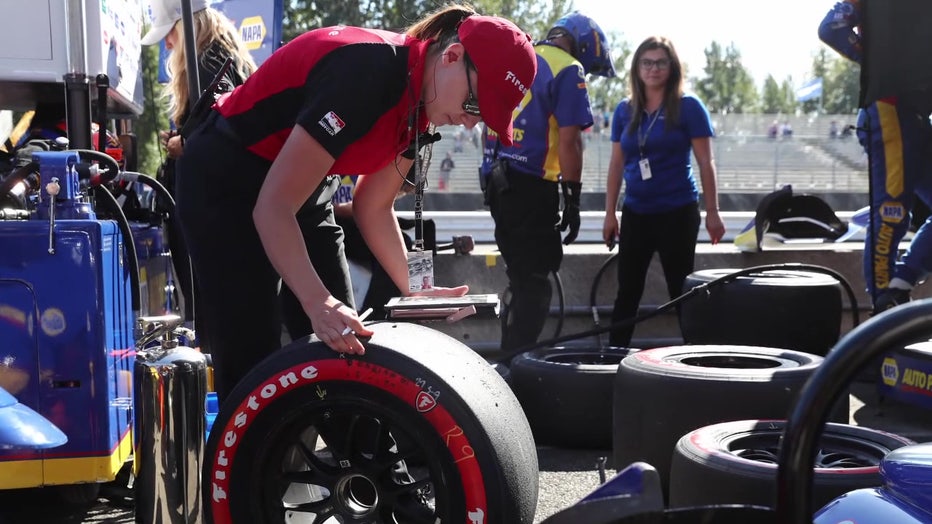 "For my first year at St Pete, I was the only female actually traveling with the race series," Adams explained. "Now we have at least 10, and the numbers grow every year."

As the director of race tire engineering and manufacturing for Firestone Racing, Adams has been helping racers win big by designing the set of wheels that will carry them to the finish line for over a decade. However, even on race day, her job doesn’t stop.

Whenever Ya La'ford can trade paintbrushes for car parts, she knows she's about to make a statement.

"It’s anything from making sure that the tires get mounted and balanced correctly to making sure the teams or drivers, as they have questions, that we’re able to answer them and give them feedback," she said. "Then [we have to] make sure they’re running the tires correctly. We got to make sure no one puts the rights on the left or the lefts on the right."

However, the road getting to Adams’ success wasn’t always easy.

"I’ve been told that I’m not mechanically inclined, I’ve been told other things that I might not be able to do something. I’ve never listened to those voices," said Adams. 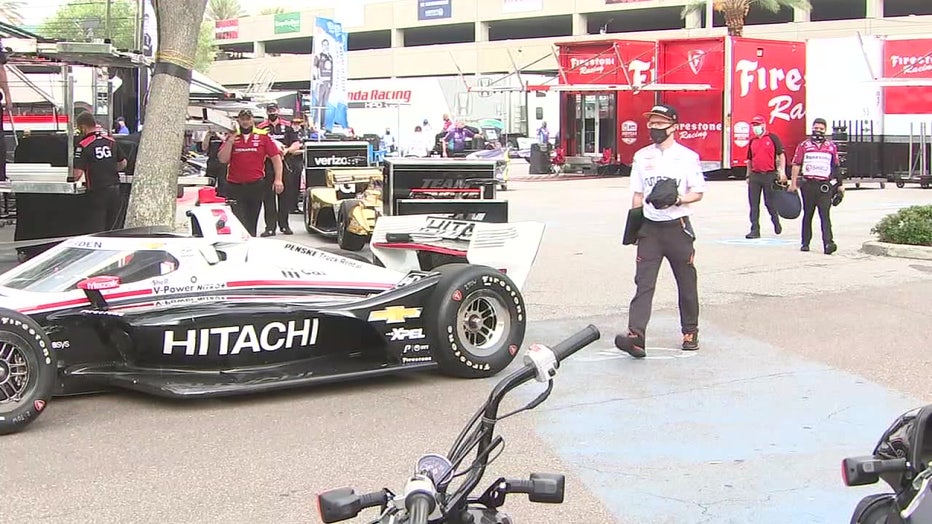 While Adams continues to live out her dream, she hopes other young women will be inspired to do the same as she continues to remind them that any goal is achievable no matter who you are.

"I hope to be in a position where you see just as many women on pit lane as men on pit lane. I hope when little girls are watching racing that they say ‘Oh look, those are the engineers. I can do that, I want to be an engineer,’" she added.