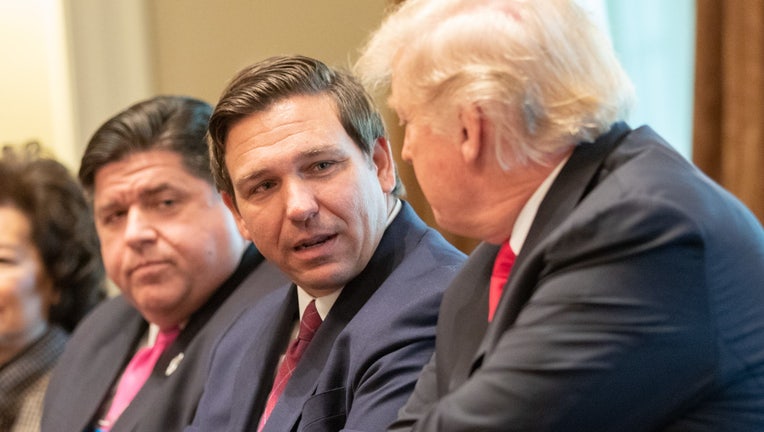 The Fort Lauderdale-based group called "Ron Be Gone" says its mission is focused on "putting DeSantis on defense" as they work to support the eventual Democratic nominee for governor.

"We cannot let this man coast to re-election," Simmons told the South Florida Sun-Sentinel. "He’s put his own political career above the welfare and well-being of the people of Florida."

"For two years, Gov. Ron DeSantis has been dedicated to advancing his own political career, not the interests of everyday Floridian," a message on the website reads. "We are taking on DeSantis' failed leadership, empowering grassroots Floridians to stand up and hold their governor accountable."

The announcement comes as the group released its first paid political advertisement, criticizing Desantis' policies and his relationship with former President Donald Trump.

"He thought hitching his wagon to the Trump train would take him places," the video said. "But all he's doing is failing Floridians, just like Trump failed Americans."

The group blasted DeSantis on his handling of the pandemic, calling it "one of the greatest catastrophes in Florida history."

In February, Florida Agriculture Commissioner Nikki Fried accused DeSantis of "rationing vaccines based on political influence" when news spread of pop-up vaccine sites being placed in the "whitest and richest" zip codes in Manatee County.

DeSantis defended the decision to put vaccine sites in Lakewood Ranch, arguing it was because there was a high concentration of seniors in the area.

"I wouldn’t be complaining," DeSantis said at the time. "I would be thankful. We didn’t need to do this at all."

While Fried is rumored to be a challenger to DeSantis in 2022, the group says it will not endorse any Democratic candidate for governor until there is an official nominee.

Republicans responded to the move, saying the group's efforts won't work in Florida, which voted for Trump in the 2020 election.

"Bring it on," Florida Republican Party Executive Director Helen Aguirre Ferre told the Sun-Sentinel. "Democrats lost Florida badly in 2020 and they are going to lose again in 2022."

A March poll by Mason-Dixon found a slight majority of Florida voters approved of DeSantis' performance, with 53% approving and 42% disapproving. That's up 11 points from a July survey, when 45% of Floridians approved of his job.