TRINITY, Fla. - A routine check-up at the pediatrician likely saved a Trinity teen's life. Gavin Hughes, 14, had no idea a rare heart disease lurked inside him, but his doctor's keen ear knew something wasn't right.

Three years ago, Hughes was a very active 11-year-old boy. He was traveling Florida with his competitive soccer team as goalkeeper. From the outside, he looked like a healthy boy, but on the inside his heart was struggling to pump blood. 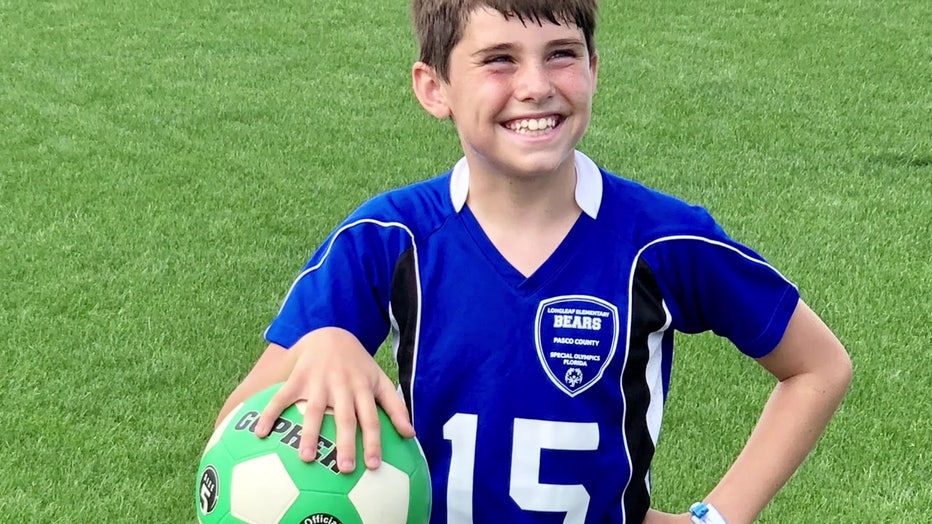 His mom, Jillian Michaels, looks back on the moment they were told about his life-threatening condition.

READ: Moffitt Cancer Center on cutting edge of new treatment that could save lives of advanced melanoma patients

"We’re very fortunate, and the doctors say so too all the time, and the nurses every time they hear our story, and they see how severe his heart is they say how lucky he is," she recalled.

"My heart doesn’t feel any different," Gavin said. "It’s not a normal thing to feel the murmur, it just feels like a regular heartbeat to me." 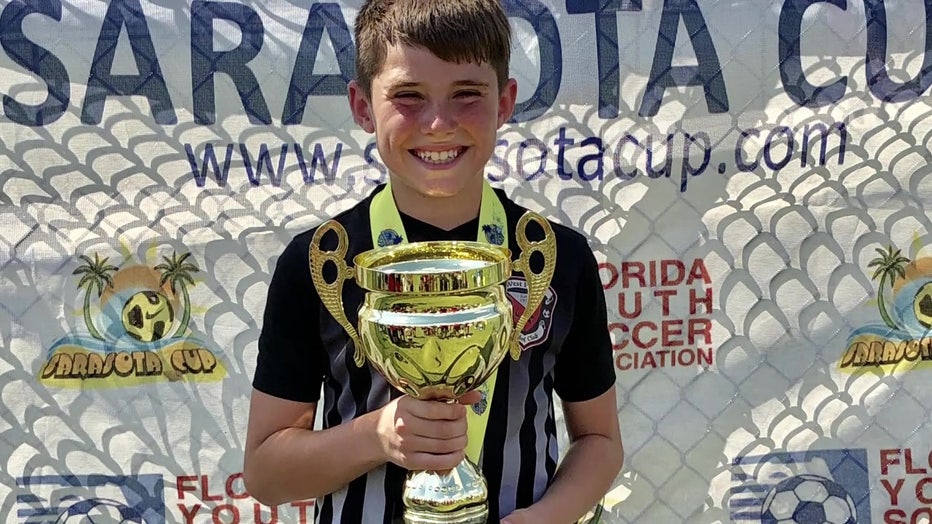 It didn't sound normal to his pediatrician at one of his annual checkups, so he was sent to the cardiologist. Dr. Kelvin Lau is one of Gavin's Cardiologists at Pediatrix Cardiology Associates.

"I think Gavin is very fortunate," Dr. Kelvin Lau, one of Gavin's cardiologists, said. "His condition when we finally detected it when he was 11 years of age was fairly advanced already."

Dr. Lau said about 1 in 500 kids has Hypertrophic Cardiomyopathy, a condition in which the heart becomes thickened, making it harder to pump blood.

"It is the most common genetic heart condition affecting the muscle in children and adolescents who suffer cardiac arrests," Dr. Lau explained. 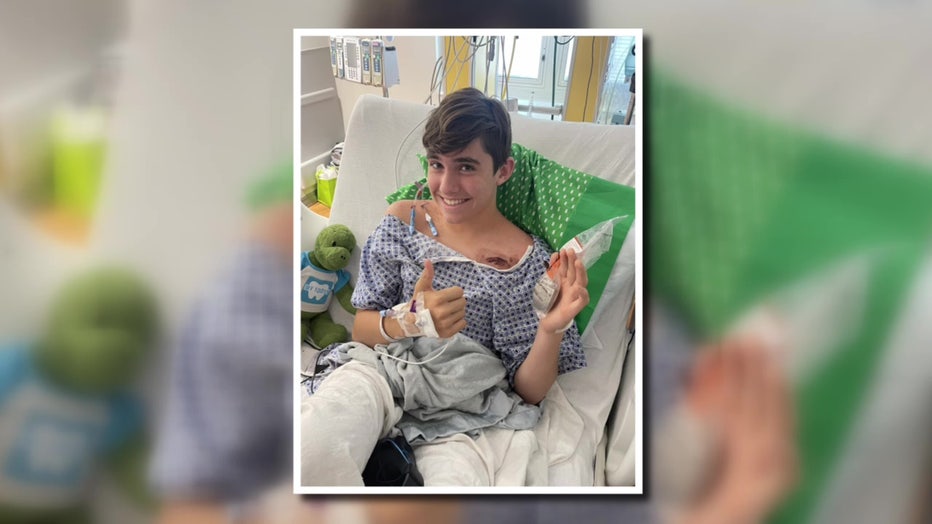 If detected, like in Gavin’s case, it can be treated. Part of that treatment meant that Gavin had to quit soccer. He’s had three surgeries since his diagnosis, including one to implant his defibrillator. The defibrillator will shock his heart if it detects it’s out of rhythm.

Sure it was tough at first to adjust to a life without soccer, but a gift from the Make-A-Wish Foundation, made it a little easier for him.

Surrounded by all his family and friends, Gavin received a state-of-the-art gaming room – a welcome distraction from his silent heart disease. 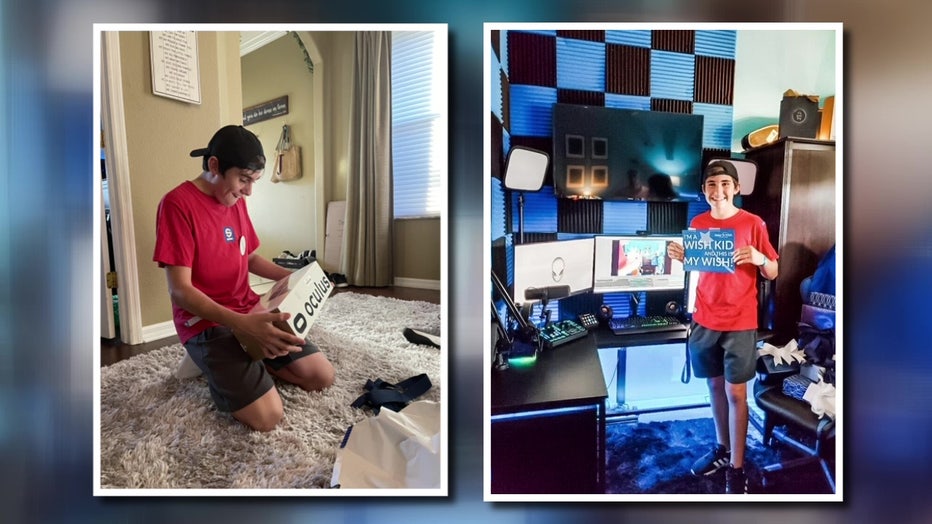 "We were driving onto the street, and we just saw everybody there and my heart just dropped in a good way," Gavin said.

The 14-year-old still plays with his friends and monitors his heart rate on his Apple Watch.

"Being cautious is just the main thing," he explained.

Dr. Lau said he fully expects Gavin to have a normal life, just with a lot of cardiologists. There is a simple test called an Electrocardiogram that can detect HCM, but it’s not required in all Florida counties.

Michaels believes every parent of a student athlete should get it.

"Detection is where it’s at, and the EKG is so easy parents should really push if their kids are athletes to get the EKG," she explained.

Because she knows she could be telling a very different story, if it weren't for that lifesaving routine checkup three years ago. 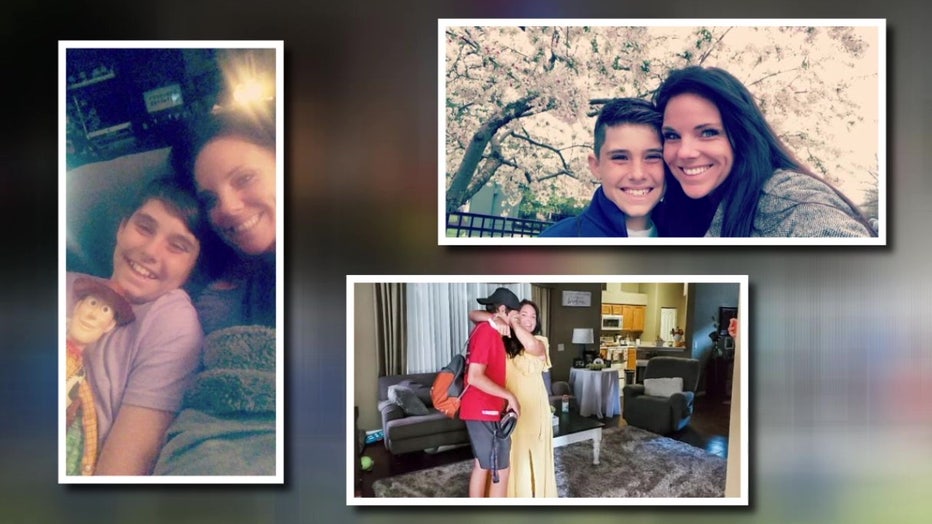 The Office of Program Policy Analysis and Government Accountability conducted a survey of Florida’s student athletes and their risk of sudden cardiac death. More than 50 of Florida’s 67 counties responded the survey, and it found only six counties in the state require EKG's for student athletes including Highlands, Osceola, Orange, Brevard, Indian River and Suwannee.

There are six other counties that recommend the EKG, including Hillsborough, Citrus, Seminole, Flagler, Taylor and Hamilton.

Senate Bill 1590 was introduced early this year with the hopes of making Electrocardiograms the standard in Florida, but it died in committee.