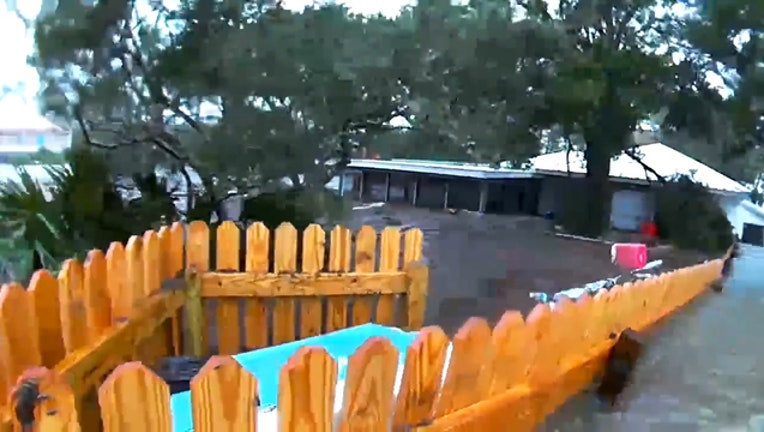 As Hurricane Michael made landfall just west of the island, the ocean rose around homes including the home of Mandi Jackson.

Jackson, who evacuated to Auburn, Alabama, accessed her home's surveillance footage remotely. She sent it to a neighbor, who posted it on Facebook.

Neighbor Dan Mohn said the video shows Jackson's house on Cook Street in the west half of the island.

"Thanks to her for at least giving us evacuees some realistic expectation of what we find when we are allowed back home," Mohn wrote.