Remington Arms will pay the families of nine victims from the Sandy Hook Elementary School shooting $73 million as part of a settlement over the gun used to kill 20 children and six teachers in 2012. The families had filed the lawsuit arguing Remington marketed the weapon to at-risk young men such as the Sandy Hook shooter. This marks the first time a gun manufacturer has been held liable for a mass shooting in the U.S.

HARTFORD, Conn. - The families of nine victims of the Sandy Hook Elementary School shooting have agreed to a $73 million settlement of a lawsuit against the maker of the rifle used to kill 20 first-graders and six educators in 2012.

Remington, which made the Bushmaster AR-15-style rifle used in the massacre, also agreed to allow the families to release numerous documents they obtained during the lawsuit including ones showing how it marketed the weapon, the families said Tuesday.

The families and a survivor of the shooting sued Remington in 2015, saying the company should have never sold such a dangerous weapon to the public. They said their focus was on preventing future mass shootings. 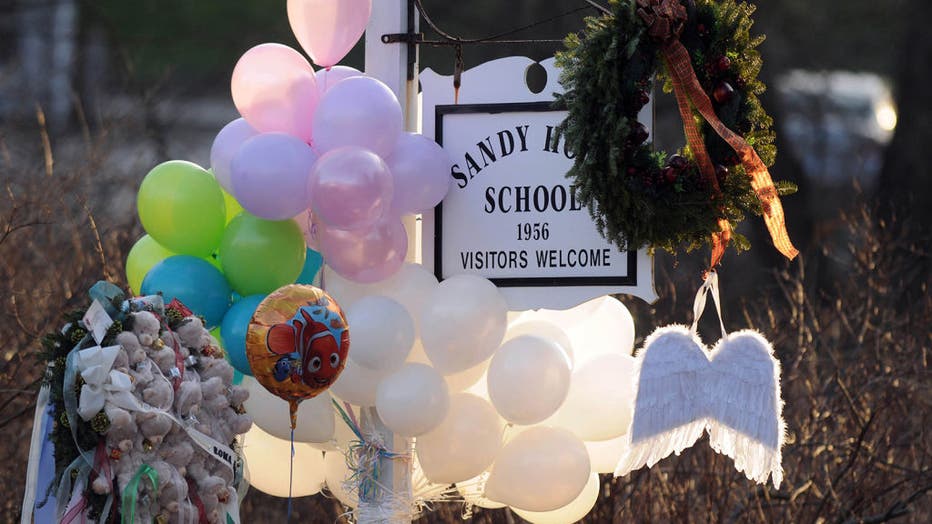 Messages seeking comment were left for Remington and its lawyers Tuesday.

The civil court case in Connecticut focused on how the firearm used by the Newtown shooter — a Bushmaster XM15-E2S rifle — was marketed, alleging it targeted younger, at-risk males in marketing and product placement in violent video games. In one of Remington’s ads, it features the rifle against a plain backdrop and the phrase: "Consider Your Man Card Reissued."

Remington had argued there was no evidence to establish that its marketing had anything to do with the shooting.

The company also had said the lawsuit should have been dismissed because of a federal law that gives broad immunity to the gun industry. But the Connecticut Supreme Court ruled Remington could be sued under state law over how it marketed the rifle. The gun maker appealed to the U.S. Supreme Court, which declined to hear the case.

The case was watched by gun control advocates, gun rights supporters and gun manufacturers across the country because it had the potential to provide a roadmap for victims of other mass shootings to circumvent the federal law and sue the makers of firearms.

The father of a victim from the Marjory Stoneman Douglas High School mass shooting in Parkland, Florida, climbed a construction crane to hoist a banner in the direction of the White House on the fourth anniversary of the shooting. Manuel Oliver, the father of Joaquin Oliver, scaled the crane early Monday and displayed a banner showing an image of his son, who was 17 when he was killed by Nikolas Cruz.

Remington, one of the nation's oldest gun makers founded in 1816, filed for bankruptcy for a second time in 2020 and its assets were later sold off to several companies. The manufacturer was weighed down by lawsuits and retail sales restrictions following the school shooting.

Adam Lanza, the 20-year-old gunman in the Sandy Hook shooting, used the rifle made by Remington and legally owned by his mother to kill the children and educators on Dec. 14, 2012, after having killed his mother at their Newtown home. He then used a handgun to kill himself as police arrived.

Lanza’s severe and deteriorating mental health problems, his preoccupation with violence and access to his mother’s weapons "proved a recipe for mass murder," according to Connecticut's child advocate.