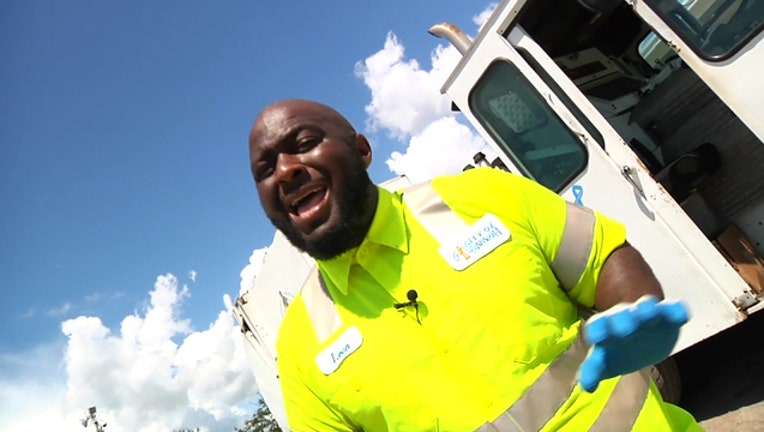 "Most of the time I'm driving or I'm either riding," he said.

His mornings start at the City of Sarasota's Solid Waste Division, but his mind is set on bigger goals.

"I'm thinking about the stage," he said.

When Leon leaves work, he trades in his gloves for a microphone. You could say since birth he's had a golden voice.

"If you knew how music runs through me. I literally say music is a living organism living through me," he said.

Performing regularly at the West Coast Black Theater, Leon shares his talent to help others.

Singing gets him through his own ups and downs.

"Music is healing, it is something that helps people get through hard times, it has you see through all different things in life that people have gone through," he said.

Even if it means hauling trash in the daytime, Leon works to get to where he wants to be.

"Everybody's thing is not to be that big superstar. Some people you are to touch people locally and personally," he said.

His larger than life voice, could one day make him shine even brighter.