SARASOTA, Fla. - A Sarasota woman was arrested on a murder charge following a shooting inside a pizza shop on New Year's Day.

The shooting occurred around 1:45 a.m. at Patellini's Pizza, at 1429 Main Street. Sarasota police said officers were working a New Year's Eve event nearby when it happened. Police said video from inside the restaurant shows 37-year-old Latoya Johnson shooting the victim.

"'Senseless' is a perfect word to describe this," said Genevieve Judge with the Sarasota Police Department.

Investigators say it appears that Johnson was sitting with other people at a table against the wall. Meanwhile, the victim and his family were sitting in an outside patio area, according to police.

Investigators said one of the victim's relatives appeared to be intoxicated when he walked inside, past Johnson's table. The man was seen getting sick and throwing up on someone sitting with Johnson. 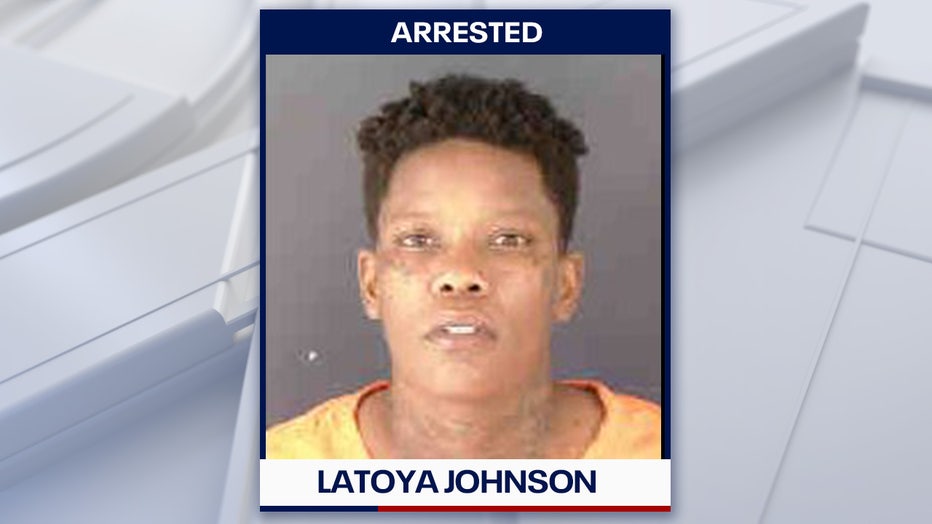 "The group got up, approached the family member and a fight started," according to a news release. "Johnson is seen on video holding a black firearm in her right hand as she kicked people on the ground. At the same time, the victim is seen running towards the fight and attempting to defend his family by hitting Johnson on her head."

That's when Johnson shot the victim, police said. He was taken to Sarasota Memorial Hospital where he passed away. Police have not publicly identified the victim.

That family saw what happened, and so not only today are they grieving the loss of their loved one, but they had to watch the whole thing happen," said Judge.

The entire incident was 37 seconds long. 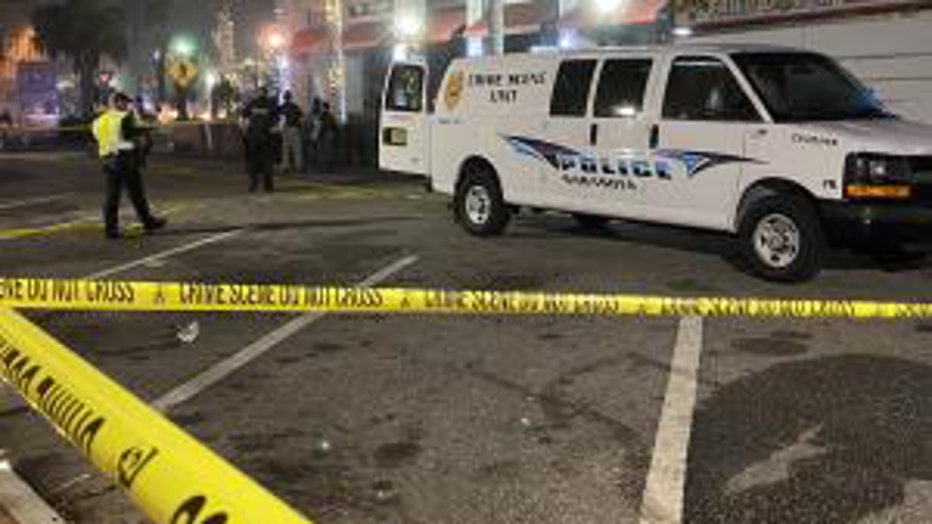 Police said as officers were investigating, they saw Johnson place a firearm in a planter.

That family saw what happened, and so not only today are they grieving the loss of their loved one, but they had to watch the whole thing happen," Judge told FOX 13.

Patellini's reopened Monday afternoon. A sign read, "Violence and hate are not welcome in this restaurant and will never be tolerated on this street."

Johnson is facing several charges, including murder, tampering with evidence, and possession of a firearm by a convicted felon. According to Sarasota police, she has several felony convictions in Florida. In June 2008, Johnson was sentenced to three years in state prison for carrying a concealed weapon.

Anyone with additional information on the shooting is asked to call the agency at 941-263-6070 or leave an anonymous tip with Crime Stoppers by calling 941-366-TIPS or online at www.sarasotacrimestoppers.com.