"It’s about protecting parents' ability to be involved," DeSantis told reporters during a news conference Monday.

The new law requires school districts to notify parents about issues involving their child’s wellbeing and whether the children are receiving any mental health services.

The governor said Sarasota and Hillsborough counties were among six districts with policies that denied parental notification on certain issues.

In 2018, the Sarasota school board adopted guidelines allowing students to go by their preferred pronouns – parental notification was not required. The school district points out that guidelines are not merely that, and not policies.

But under the bill signed by the governor this week, parents would be notified anytime a student wishes to be called by a gender pronoun that differs from their birth sex. 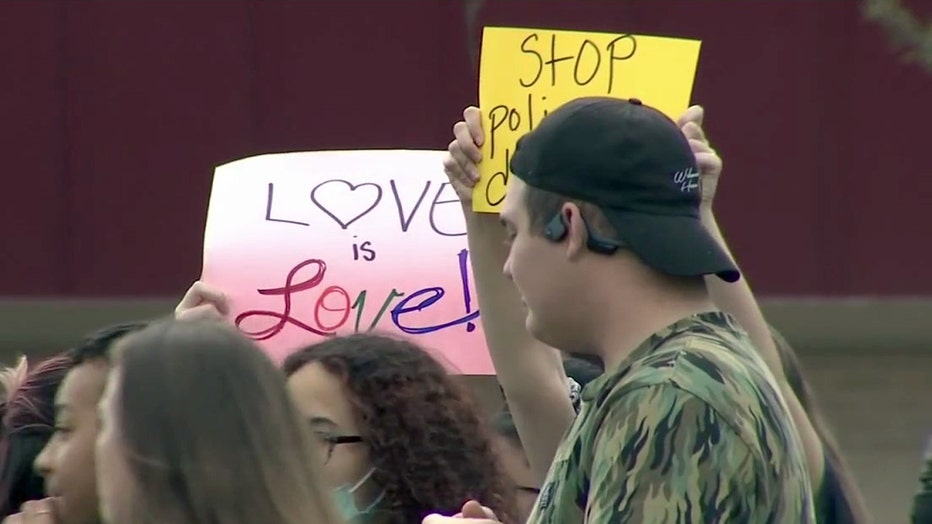 MORE: 'We're going to have a gay night': At Oscars, Florida’s ‘Parental Rights in Education Act’ bill target of joke

School board member and mom Bridget Ziegler says parental notification is the right thing to do.

"The core of it is that no parental guidance, no procedure, no verbal instruction in a K-12 environment should ever prohibit or discourage parental involvement," Ziegler told FOX 13.

The new law also bans lesson plans on topics of gender identify and sexual orientation in kindergarten through third grades.

Critics have called it the "don't say gay" law.

While the phrase "don’t say gay" is not in the law, some worry it will have a chilling effect on teachers and students of all ages who want to discuss issues of gender and sexuality in school settings.

Christine Grossman, a spokesperson for ALSO Youth, an organization that supports LGBTQ young people, said not all parents are ready and able to support their children when it comes to these topics.

"There are many parents who are not supportive of their children if they are members or identify within the LGBT community," she explained.

In a statement, Hillsborough County Public Schools said it will continue, "To be a model for actively engaging parents while protecting rights of students. We have made a concentrated effort to ensure parents, our first educators, are partners within our school district. We will always take proactive steps to support the mental health, social, and emotional needs of our students. We have no school board policy that states otherwise."

The district also said it is waiting for more guidance from education leaders at the state. The new law doesn’t take effect until next school year.

The Sarasota County School Board said its Student Services Department was reviewing its Gender Diverse Student Guidelines, which can be found at https://www.sarasotacountyschools.net/Page/2948.

This article has been updated to reflect the Sarasota County School Board's updated guidelines.