One of world’s rarest coins verified by Sarasota specialist

SARASOTA, Fla. - David Vagi has an eye for ancient coins. When one comes across his desk, he gets to work identifying and authenticating its worth and origin.

"The process is something that initially begins with a gut reaction to it," he said.

Recently, he was commissioned to verify an intricate, detailed gold coin that's only one of three in known existence.

"We ran some tests, compared dies with other known examples in silver, we really went through a lot of effort to make sure every single detail was correct," he said.

It's called "Eid Mar," or "Ides of March," and it stood out for all the right reasons. 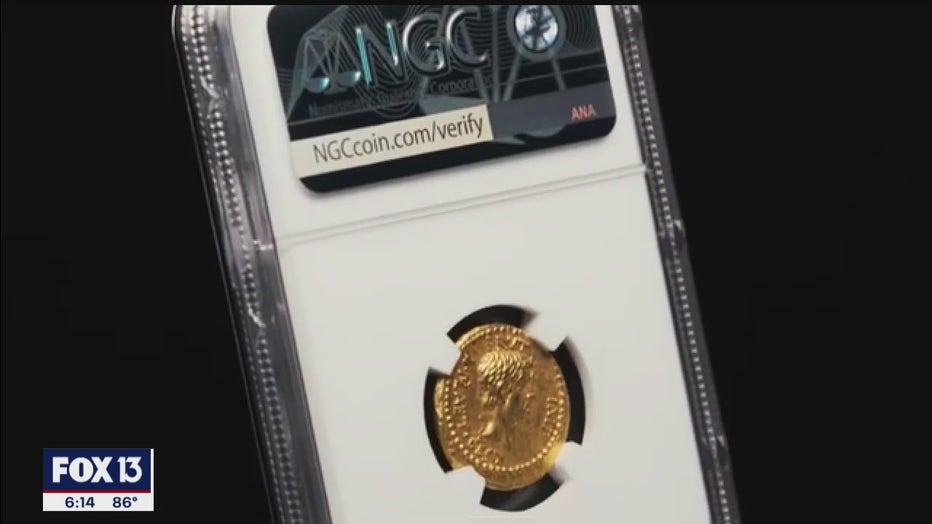 "Edi Mar," or "Idea of March," is only one of three in known existence

Vagi said every detail was there. The coin was minted by Julius Caesar's assassin, Brutus.

It's only one of three known to exist in gold.

"This transports you right back to the moment when this great event occurs, when Brutus is massing his armies to defend his cause," Vagi explained.

The coin is bold in its message.

"It was essential, the defense of the institutions of the republic that he felt were under threat by this dictator, Julius Caesar, and when you have a circumstance like that it’s just hard to imagine in modern times how dramatic this was," he said.

It bears the image of Brutus himself, as he celebrated the murder of Caesar in 44 B.C. 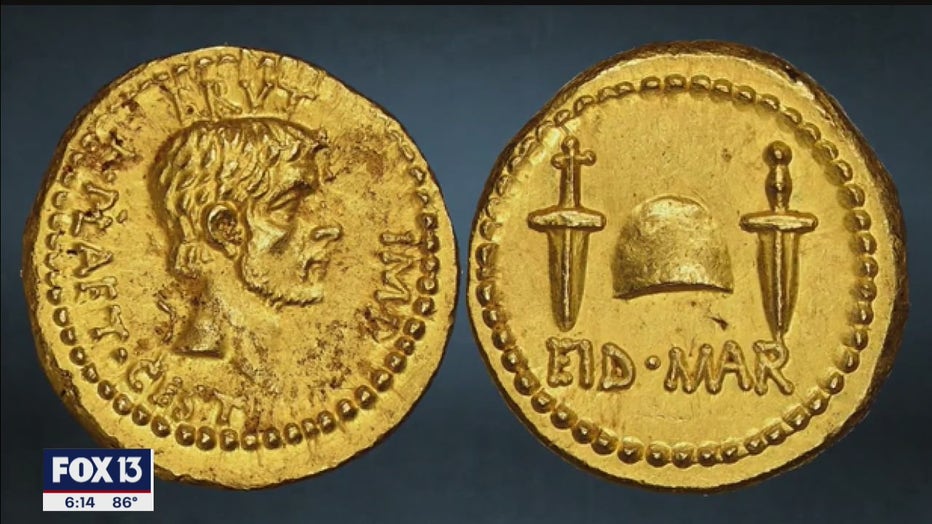 "This is how we know what Brutus looked like," said Vagi.

The coin is now up for auction in London; a piece of history, that carries a story worth more than its weight in gold.

"A coin like this really exemplifies what’s great about ancient coins, they’re touchstones to these bygone civilizations. This coin, anyone at any point in history, be a king or a commoner, would have just loved to own this coin. It’s really the most exciting roman coin in existence," said Vagi.