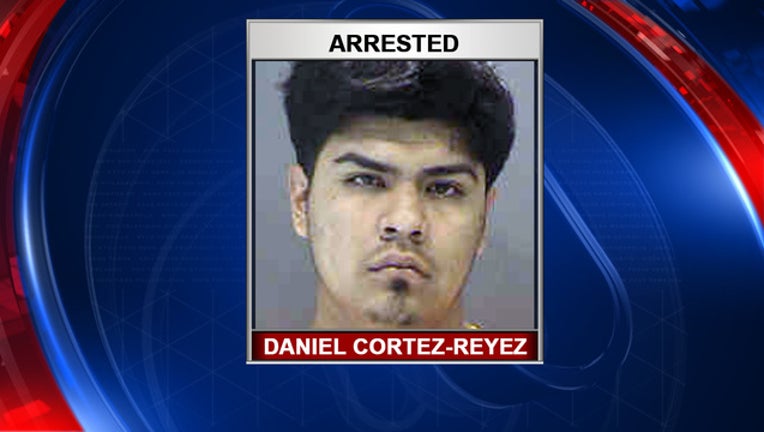 SARASOTA (FOX 13) - A Sarasota woman died after an accidental shooting, according to police.

Sarasota police said they arrested Daniel Cortez-Reyez, 19, after he accidentally shot his sister at their Arlington Street home on Sunday afternoon.

According to the agency, Daniel Cortez-Reyez, 19, was sitting at the kitchen table eating dinner with relatives, including his sister, Leticia Cortez, 20. He pulled out a semi-automatic handgun and replaced the magazine. The gun discharged while doing so, and one bullet struck Cortez.

Cortez was taken to Sarasota Memorial Hospital, where she passed away.

Cortez-Reyez has been charged with manslaughter.