SARASOTA Fla. - A man hired to trim trees in a woman’s yard is accused of sexually assaulting her in her Sarasota home.

Police said he followed her inside, without permission, and sexually assaulted her.

According to the police report, the victim became scared and thought of her baby boy.

“She went to go check on her son, and the suspect then continued to follow her into the bedroom as well,” said Genevieve Judge, a spokesperson with the Sarasota Police Department. “Once they were in the bedroom, the inappropriate touching continued there.”

Police said she told Leyva to leave. Then he said “he would be back” according to the report, so the victim called police.

“At one point, one of our officers pointed him out, and the victim became very upset and began hyperventilating. You could tell that she was distraught and said that ‘That is the man who assaulted me,’” said Judge.

“[It’s] very sad that that would happen to somebody,” said Laura Collins who lives on Bay Street. “I’d have to call and find out if you’re reputable or not. I don’t deal with strangers that I don’t know.”

Leyva is in jail for burglary with assault or battery, and police said they believe Leyva used his job at Frankie’s Tree Service to attack other victims.

Police said the suspect admitted to entering the victim’s house without permission and told police he touched her inappropriately.

FOX 13 reached out to Frankie’s Tree Service for comment but the phone call wasn’t returned.

Detectives believe there could be other victims.

Anyone with information on this case is asked to call the Sarasota Police Department Criminal Investigations Division at 941-263-6070 or leave an anonymous tip with Crime Stoppers by calling 941-366-TIPS or online at http://www.sarasotacrimestoppers.com/sitemenu.aspx?ID=109&. 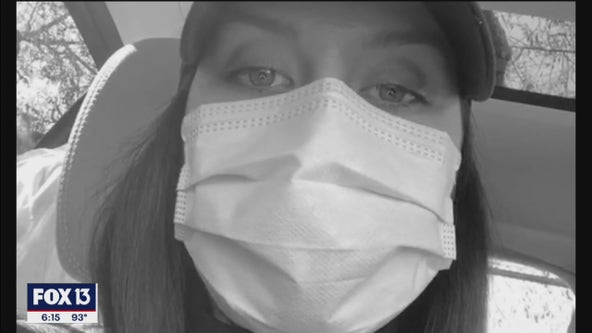