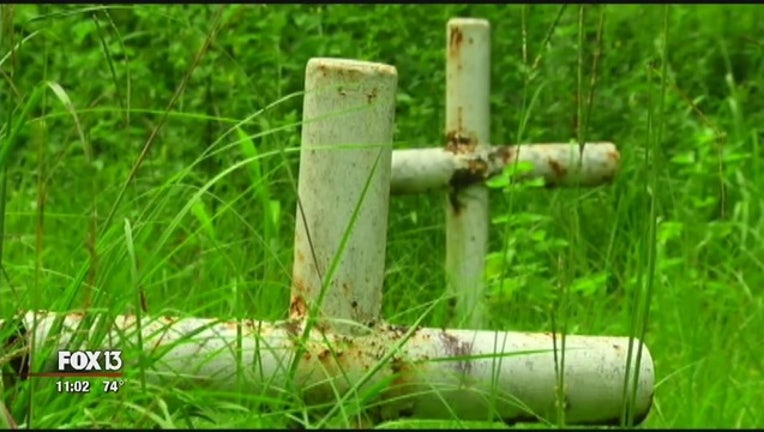 TALLAHASSEE, Fla. (NSF) - Forensic experts are gearing up to conduct a high-tech sweep of the grounds at a notorious Northwest Florida reform school where survivors remain convinced bodies of long-lost boys are still concealed.

“The challenge going forward with the property of course, is that today much of it is wooded, much more of it than what was wooded up until the 1980s,” Kimmerle said.

LIDAR can determine elevational changes in fields, potentially indicating whether something is decaying below the surface.

The tests follow a search earlier this summer in one part of the Dozier site where 27 “anomalies” had been detected. Each of those anomalies turned out to be such things as evidence of tree roots from a previously removed pine forest.

Former Dozier students said Monday they remain convinced that officials --- if they search hard enough --- will find more bodies. But they’re also concerned the latest search is moving too fast and that the state may not want to uncover more remains.

“They are, I am sure, not wanting to find additional bodies, because that puts a bigger black spot on that county,” said Charles Fudge, a former Dozier student. “This is history. This is a place where kids were beaten.”

Fudge, who was sent to Dozier with three of his brothers in the early 1960s, is part of the "White House Boys" group, which is named after a facility at the school where boys were beaten and abused.

Fudge, who said he still has physical problems from being beaten with a leather strap, recalled seeing a cemetery in an area that hasn’t been excavated.

More than 500 former Dozier students have alleged brutal beatings, mental abuse and sexual abuse at the school, which closed in 2011 after 111 years of operation.

In 2017, the Florida House and Senate passed resolutions formally apologizing for the abuse of juveniles sent to Dozier and a related facility in Okeechobee. The resolutions acknowledged that treatment of boys sent to the facilities was cruel, unjust and "a violation of human decency."

The resolutions accompanied a law that required the state to turn over about 360 acres containing the Dozier site’s North Campus, South Campus and Boot Hill Cemetery to Jackson County.

Jim DeNyke, who as a teen from Orange County was sent to the reform school in 1964, said Monday there are more than 180 names of students who have not been accounted for.

“Where are they? What happened to them?” DeNyke said. “I know over the years there have been a few that did run and make it, supposedly. But where is that 183? No paperwork to account going out.”

“That’s where it becomes a challenge, what’s incomplete: historic records versus who are actually missing persons. I don’t think we know that,” Kimmerle said.

She noted that in the Boot Hill Cemetery area, where remains were unearthed earlier, experts had expected to find about 30 bodies.