SPRING HILL (FOX 13) - Paul Anthony Marvella, a body transporter, has not been seen since delivering a deceased person to Jacksonville on Sunday afternoon.

His parents are desperately searching for clues related to his disappearance..
Marvella, 30, works for Alternative Transportation Services.

Around 6:10 p.m. Sunday, Marvella transported a body from Hernando County to the 3901 University Boulevard in Jacksonville.

He contacted his employer to say he was returning home the same night.

According to his family, he called a friend during his drive back to Spring Hill, but the call dropped during their conversation.

"It just cut off, like it was in one of those zones where it just drops the call," said George Marvella, Paul's father.

"He wanted to be home. He had a great relationship with his girlfriend. He did everything possible to be there for her, and this is just not like him."

Each day since Sunday, Marvella's parents have driven possible routes he may have taken on US-301 and I-75 to search for the SUV.

"I was doing about 30 miles an hour looking at every place where there was a possibility that this truck went off and into the woods or something like that," said George.

On Thursday, his parents spent hours walking up and down the roadway to continue their search.

A family friend with a helicopter searched from the sky to cover a larger area, but after four hours, there was no sign of the missing vehicle.

His parents are trying to stay positive.

"Someone asked me what I would do to get him back. I said to the guy, 'What wouldn't I do?' Right about now, I'd do anything to get him back," said George.

Marvella has tattoos of a phoenix on his right shoulder and animal claws on his waste.

Anyone with information about where Paul Marvella or his vehicle  is urged to call the Hernando County Sheriff's Office at 352-754-6830 or your local law enforcement agency. 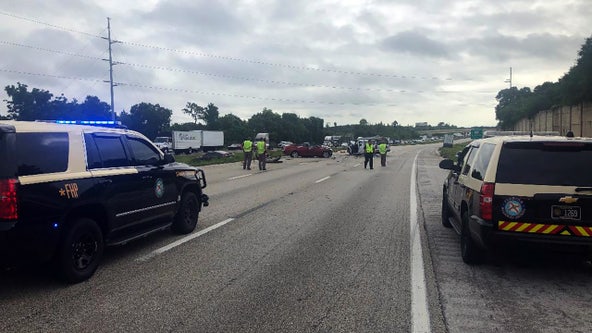