TAMPA (FOX 13) - Patrick Holladay provided police with video from his home surveillance cameras of the suspected Seminole Heights killer fleeing the scene of the first shooting.

Now, Holladay says he feels cheated and deserves a piece of the reward money given to the McDonald's manager who turned Howell Donaldson, III over to police.

"I think we did lead to the arrest. We planted the seed," Holladay told FOX 13 News.

His video showed a man walking toward the area where Benjamin Mitchell was shot October 9. The same cameras caught a similar-looking man running the opposite direction after the shooting.

Police made a portion of it public, hoping it would lead to the killer.

But weeks went by with no solid leads until an alert McDonald's manager handed over a gun, she says an employee asked her to hold.

That led to the arrest of Howell "Trai" Donaldson.

That McDonald's manager had cracked the case and was given the $110,000 reward, but Patrick thinks he should get a cut.

Tampa police say the reward went to the right person and a formal 'Thank You' is coming.

"We are actually planning an event sometime in January. There's a lot of people that we want to thank. There were businesses, there were churches, a lot of people helped out," said a police spokesperson.

Patrick says all this fuss over the reward money wasn't his idea. His sister-in-law pushed him and his wife to ask for it.

Reporter: What do you say to those people that say you should just be happy performing your civic duty. Why should you get a reward?

Holladay: Well, everyone's entitled to their opinion and I don't care what they think.

In a statement earlier this month, the McDonald's worker said she never expected a reward and just wanted to do the right thing.

On that point, Patrick agrees.

"It's disappointing but it's not going to change me," he said. 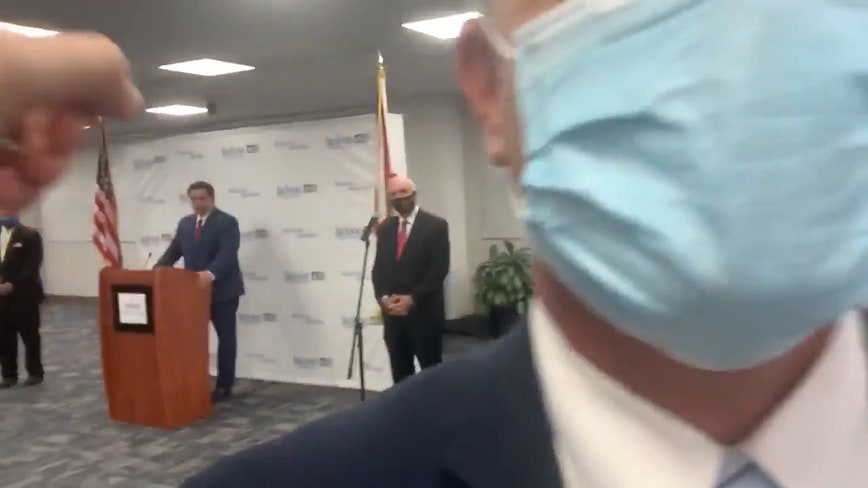